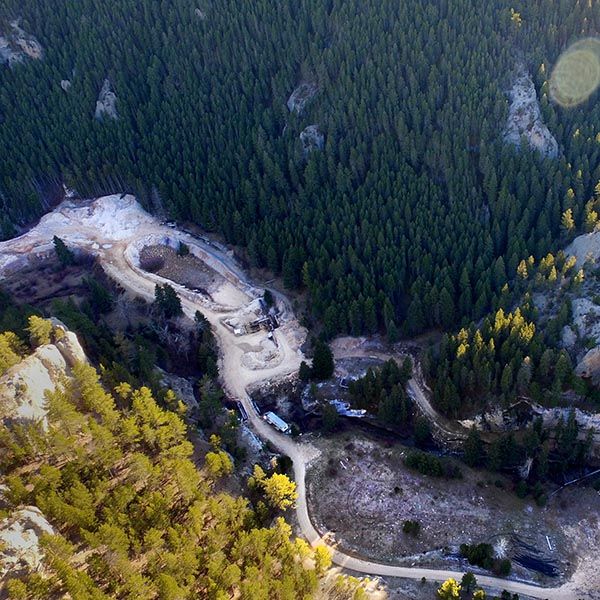 Named for the Montana gulch where they are found, the cornflower blue Yogos are prized in the industry for their rich-blue-verging-on-purple color, their transparency, and for not requiring heat treating. (In fact, they respond poorly to it.)

But Yogos are also prized locally for their made-in-Montana provenance.

“People here love them,” says Jason Baide, co-owner of the Boseman, Mont.–based store. “We do at least 50 percent of our engagement rings with Yogos. That’s how much people love them.” 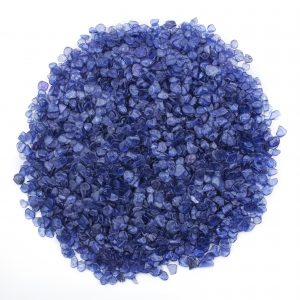 For the last five years, the Vortex mine, the primary source of Yogos, has been closed, after past owner Mike Roberts died in an on-site accident.

Last week, the Gem Gallery bought the Vortex mine from Roberts’ widow Laurie and hopes to have it back in business by Christmas.

“Someone had to pick it up,” says Don Baide, Gem Gallery’s founder, and Jason’s father. “It ended up being me.

“My whole business has been built on Yogo sapphires,” he adds. “I wanted to be able to guarantee my son a lifelong future of having Yogos.”

Of course, transitioning from jeweler to running a 350-foot-deep mine won’t be easy. Vortex “was not cheap,” Don says, declining to give more details. He will devote himself full-time to running the mine, while Jason minds the store (pictured, below). 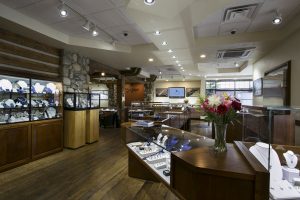 Don believes he can increase production by bringing in up-to-date technology, though it’s still not clear how much the mine will produce. “It will be a fair volume, but not outrageous,” Jason says. He adds that Yogos tend to be small; it’s very rare to see one top two carats.

The Baides believe they have an advantage over past mine-owners: They can sell the stones.

“A lot of the problems the mine has faced have been on the marketing side,” says Jason. “The past owners have been companies that mined things like gold. Yogos aren’t like gold, where as soon as you mine it, you get a check the next day because there is always demand. You have to sell each individual stone. That gives us a really big advantage. We know Yogos. We have been in the Yogo business.

“People want more than just a pretty stone,” he continues. “They want a stone with a story behind it. If possible, they want to know where it came from. They want to know that it is ethically produced, conflict-free, and if possible untreated.” 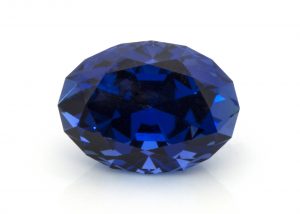 The Gem Gallery won’t just retail the Yogos, it hopes to wholesale them, too, so other local jewelers can get a crack at the stones.

“Jewelers around the state have been loving and working with Yogos for generations,” says Jason.  “We want to make sure it continues.”

(Images courtesy of The Gem Gallery)