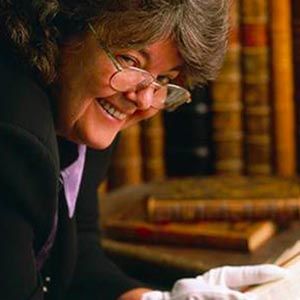 The Gemological Institute of America has announced that Dona Dirlam, its longtime library and information center director, retired Aug. 25 after 38 consecutive years at the Institute.

Dirlam will most likely be remembered as the professional who played a major role in establishing and expanding GIA’s Richard T. Liddicoat Gemological Library and Information Center, which is widely considered to be the world’s leading resource center for gems, gemology, and jewelry.

Dirlam’s successor in the role, Robert Weldon, has been the manager of photography and visual communications for GIA since 2006.

In a release on Dirlam’s retirement, GIA noted that she expanded the Center’s once-modest collection to include more than 57,000 books, 700 journal and magazine titles, 198,000 digital images, and 1,800 video recordings.

“With the addition of the 14,000-volume John & Marjorie Sinkankas Gemological Library in 1987 and the creation of the Cartier Rare Book Repository & Archives in 1998, she has helped to build the world’s largest library for information on gems and jewelry,” read the statement.

And Dirlam’s ongoing commitment to providing greater access to GIA’s rare books “led to a significant project to digitize the collection’s rarest holdings and make them available for free to the public and global gem industry.” Since that project launched in 2015, more than 300 books have been scanned and are available here.

“Dona’s groundbreaking efforts on behalf of the Institute’s research, education, and outreach capabilities have kept GIA at the forefront of gemological scholarship,” said Susan Jacques, president and CEO of GIA.

Dirlam launched her career as a GIA research librarian in 1980, and became the director of the library in 1995. She also served as abstract editor of G&G from 1981–1994 and has given more than a hundred lectures on a variety of historical topics. 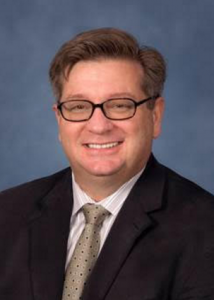 Weldon, who’s already stepped into the position, spent three years working in the GIA library for Dona Dirlam. He then went on to be the colored gemstone editor at JCK in the early 1990s and later a senior writer for Professional Jeweler. He returned to GIA in 2006, and his photographs and articles have been featured in “numerous gemological, jewelry, and consumer publications,” the GIA statement said.

He has also authored or co-authored more than half dozen articles in G&G, and his photographs have appeared on 31 of its covers. According to GIA, Wheldon plans to “carry on Dirlam’s legacy of expanding GIA’s collection and making it available to students, the trade, and the public.”