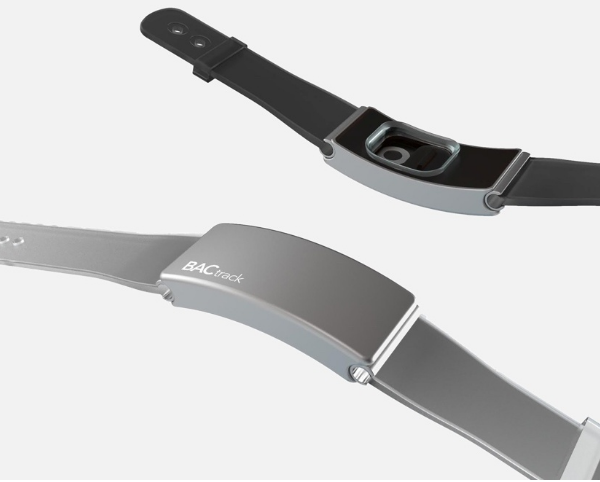 Here’s a wearable for the client who almost certainly doesn’t run marathons.

The sleek Skyn tracker, which was developed by Breathalyzer brand Bactrack, is worn on the wrist and lets barflies know how tipsy they are in real time.

The measurements aren’t as accurate as those taken by a Breathalyzer—but they’re also not negligible. The band tracks your alcohol level transdermally (through the skin), taking a reading every second. An accompanying app loaded with graphs details your approximate alcohol level.

How does it work, exactly? It tests the sweat on your wrist, under the band. Which, if you think about the always-dewy skin under a firmly strapped watch, is ever-present.

Bactrack currently claims there’s a 20-minute gap between consuming alcohol and a correct reading showing up on the app’s graphs.

The company plans to release the Skyn as a wristband wearable this summer, priced at $99—but also shared an inspired idea (currently just an idea) with Wareable: attaching an alcohol tracker onto other fully featured wearable devices.

Here’s a mock-up of an Apple Watch with a Skyn tracker on the inside of the band:

(Photo at top of the Skyn tracker courtesy of Bactrack)