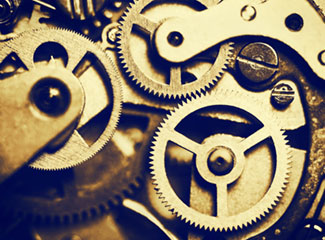 The Federation of the Swiss Watch Industry (FHS) has released its final results for 2016, and, as expected, they were pretty grim, with overall sales falling 9.9 percent, the worst drop since the aftermath of the financial crisis in 2009, when sales plummeted 22 percent.

After 2009, the market made a “V-shape recovery,” a four-year boom that quickly made up for lost ground and then some. But that boom has now fizzled for a number of reasons:

– Asia. China’s anti-corruption boom put a huge crimp in watch sales, as did the general malaise in the Asian economy. All this can be seen in the FHS figures, with exports to Hong Kong and China registering strong drops throughout the year.

Once that happened, manufacturers were left with a product glut, due in part—small watchmakers argue—to the big publicly traded watchmakers trying to please their shareholders, as well as by the need for watchmakers to set production schedules two or three years in advance.

Manufacturers have since bought back some of that oversupply, though some of it undoubtedly ended up in…

– The gray market. This is something that isn’t always talked about openly, but it’s hard to ignore that Jomashop has become a major player in the watch business (estimated 2014 sales: $140.7 million). Amazon, which boasted about its holiday watch sales, is also now selling “warranty-free” timepieces. We’re hearing a lot more retailers gripe about online competition, with many believing that the big watchmakers now wink at the gray market as a good way to clear the pipeline.

Even though this was a generally good year for the U.S. economy, watch exports to America also fell, and the gray market was likely one reason why.

– Smartwatches. This is also something that many in the watch business tend to either not talk about openly or dismiss. The Apple Watch hasn’t yet reached iPhone-level ubiquity (the company won’t release stats) and, given mixed user reviews, it may never. The tech giant has also seemingly given up on the high-end market. Still, in the last few months, I have seen Apple Watches on a lot more wrists, and Apple is now (by its reckoning) the second-biggest watch seller in the world, behind Rolex. You can read plenty of arguments why smartwatches will or will not damage traditional watch sales, but it’s hard to believe this new category has not had some effect on the industry, when it was at a particularly vulnerable moment.

LVMH watch CEO Jean-Claude Biver, who has seen good results from a TAG Heuer smartwatch, says connected timepieces could eventually provide the industry’s salvation. But that would require more watch companies and consumers climbing aboard the smartwatch train, and neither has happened yet.

Looking at 2017, the picture is somewhat brighter. While Swiss watch exports in December fell, they dropped a little less than they have been (4.6 percent). FHS officially predicts exports will stay flat this year, and even upbeat analysts believe any recovery will be slow and steady, and not “V-shaped.” There are a number of question marks, including an unstable world and the prospects of new U.S. trade levies that could prove uniquely damaging to the Swiss watch business.

But the industry has a limited ability to change world events, or what China does, or Apple. What it does have control over, and what many are increasingly looking at, is its ability to innovate. This crisis has caused some to take a fresh look at the industry’s marketing, its distribution, and its ability to cultivate customers of tomorrow. (For instance, many leading luxury brands remain skittish about social media.) The watch industry clearly has a solid consumer base, but is that a growing base? Jérôme Lambert, incoming cochair of Richemont, recently told the Australian Financial Review that the “world is changing, faster, everywhere.… It is vital we recruit new customers.” If the watch industry starts to focus on that, then something good will have come out of this very bad year.