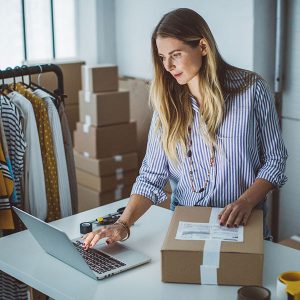 In a Nov. 6 Facebook post, The RealReal defended itself against critics who dispute its claim that all the secondhand merchandise it sells has been expertly authenticated as genuine.

“We strive for perfection, but we may not be perfect every single time,” said founder and chief executive officer Julie Wainwright. “[T]he entire team at The RealReal works diligently seven days a week to ensure the highest standards in our authentication practices. We employ certified experts such as gemologists and horologists, luxury experts who have worked at companies like Sotheby’s and Christie’s, and brand experts who have worked directly for luxury brands….

“There is no other resale company doing more to remove fakes, and put counterfeiters out of business, than The RealReal,” Wainwright continued. “As has always been our policy, if there is ever a concern about an item, it can be sent back and we will make sure it is resolved to your satisfaction. Our pledge is to provide you with the best, safest and most secure place to purchase authenticated luxury consignment.”

As its name suggests, The RealReal prides itself on selling only legitimate secondhand merchandise.

“With an expert behind every item, we ensure everything we sell is 100% real,” says the company’s LinkedIn page.

Yet, two recent news reports have raised doubts on its authentication procedures.

CNBC talked to a group of former employees who charged that the job of authenticating items often fell to low-level copywriters, who didn’t have proper training.

“It’s so much product,” one told the news channel. “It’s really hard for someone to properly authenticate something when they’re not probably the best qualified to be even doing that in the first place.”

She complained that copywriters were forced to meet daily authentication quotas, which prevented a thorough inspection of each item.

“The RealReal’s purported experts who claim to be able to authenticate genuine Chanel items are failing to screen counterfeit Chanel-branded handbags properly,” Chanel asserted in an amended complaint.

It charged that The RealReal’s assertion that each item it sells is “100% the real thing” amounts to false advertising.

In a motion to dismiss Chanel’s claim filed this March, The RealReal’s attorneys argued that Chanel’s real goal is “[shutting] down the market for secondary goods.”

It noted that in Tiffany vs. eBay, a Second Circuit court ruled that Tiffany could not prevent eBay from selling Tiffany-marked items, as that “would unduly inhibit the lawful resale of genuine Tiffany goods.”

The motion said that, “as in any secondary market, TRR’s authentication process may not immediately catch every instance of attempted deception, Indeed, TRR explains that it will destroy any items found to be counterfeit—a guarantee that acknowledges occasional attempts to consign counterfeit goods.”

“The alleged existence of a defective product does not, without more, undermine the accuracy of a marketing statement applied to thousands of products,” it adds. “Were the contrary true, any consumer who returns a defective product could state a claim for false advertising.”

At press time, the court had not ruled on The RealReal’s motion to dismiss.

When the San Francisco–based company went public in June, its registration statement admitted that its ability to verify each product presented a reputational risk.

“From time to time we receive counterfeit goods for consignment,” it said. “While we have invested heavily in our authentication processes and we reject any goods we believe to be counterfeit, we cannot be certain that we will identify every counterfeit item that is consigned to us. As the sophistication of counterfeiters increases, it may be increasingly difficult to identify counterfeit products.”