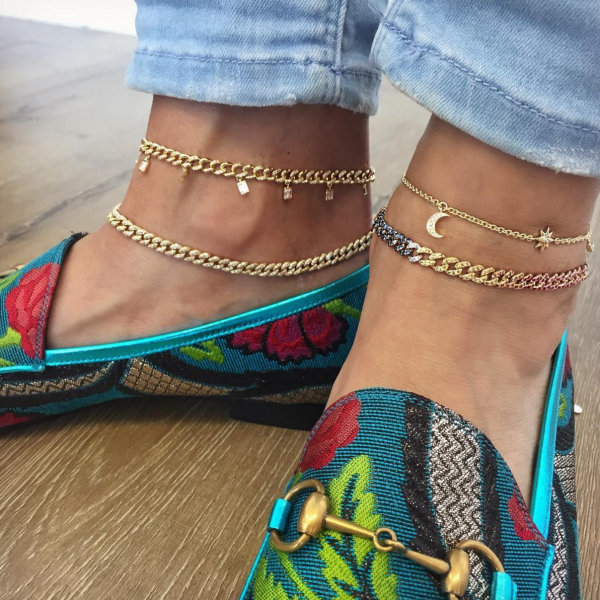 I have a strange infatuation with the Coachella festival. On one hand, I’m intimidated by it: the massive crowds, the beautiful people, the public intoxication. On the other hand, I’m hopelessly in love with it: the music, the carefree bohemian fashions, the public intoxication. So last weekend, I did what any person who couldn’t make it out to the desert but still longed to take some part in the festivities would do: Couchella. And one—well, I—would argue that my experience was better than (at least some) of those living the festival in real life. I had the comfort of my couch, air conditioning, and all the beer that could fit in the fridge at the low low price of, well, not festival prices.

The jewelry industry was getting their Coachella on this past weekend, too. Some actually went there (and to those I say, thank you for letting me live through you). Others saw their designs repped by some pretty rad celebs. Others still were catching the vibes from afar (perhaps while streaming the event from their couches, like me?) and posted photographs perfectly encapsulating desert style. Here are some of my favorites from the weekend. 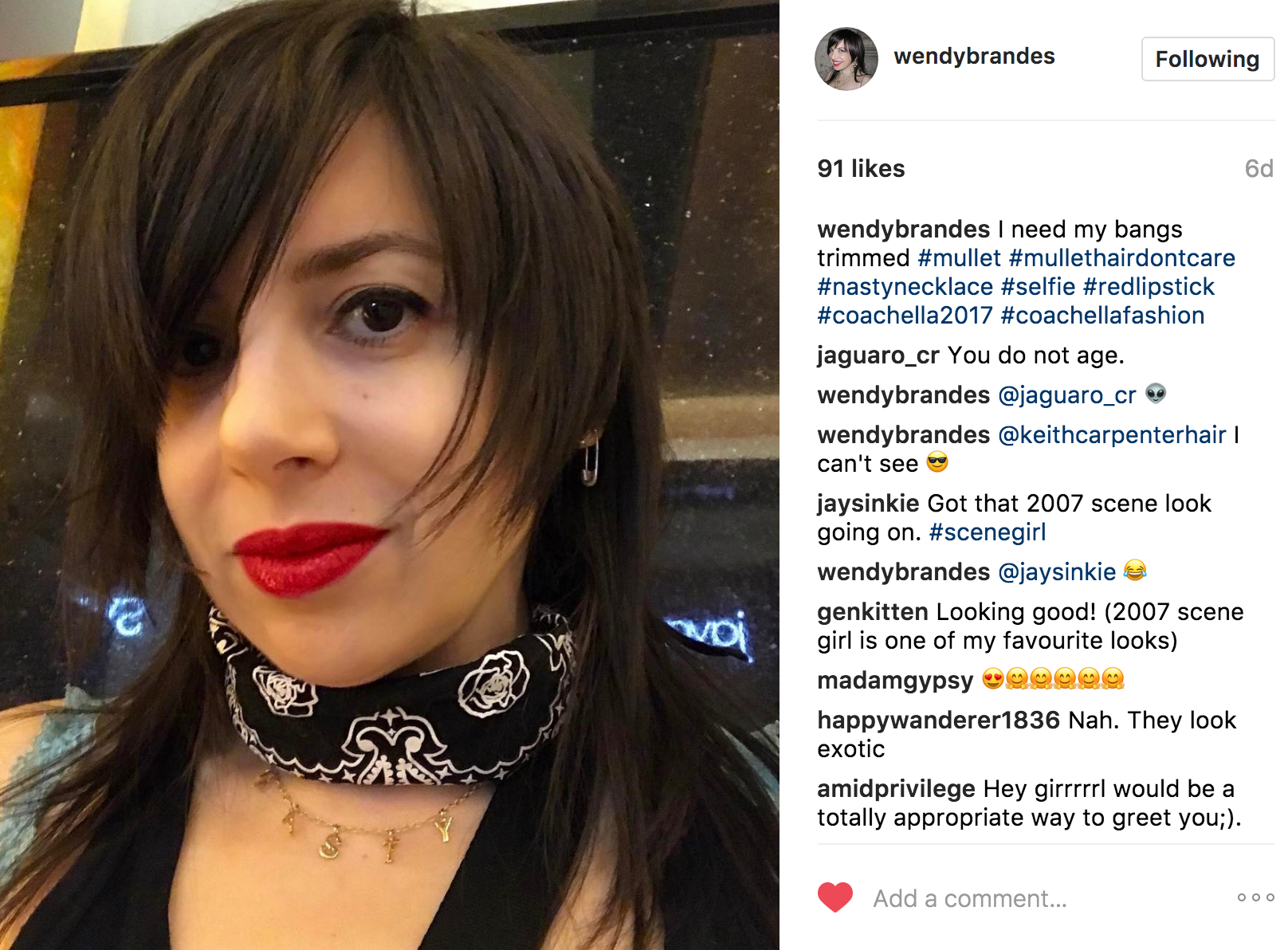 Gorgeous jewelry designer Wendy Brandes (wearing her own creations) gave me a front row seat to the festival (seriously, this woman never misses a great show, and always has a view). Via @wendybrandes 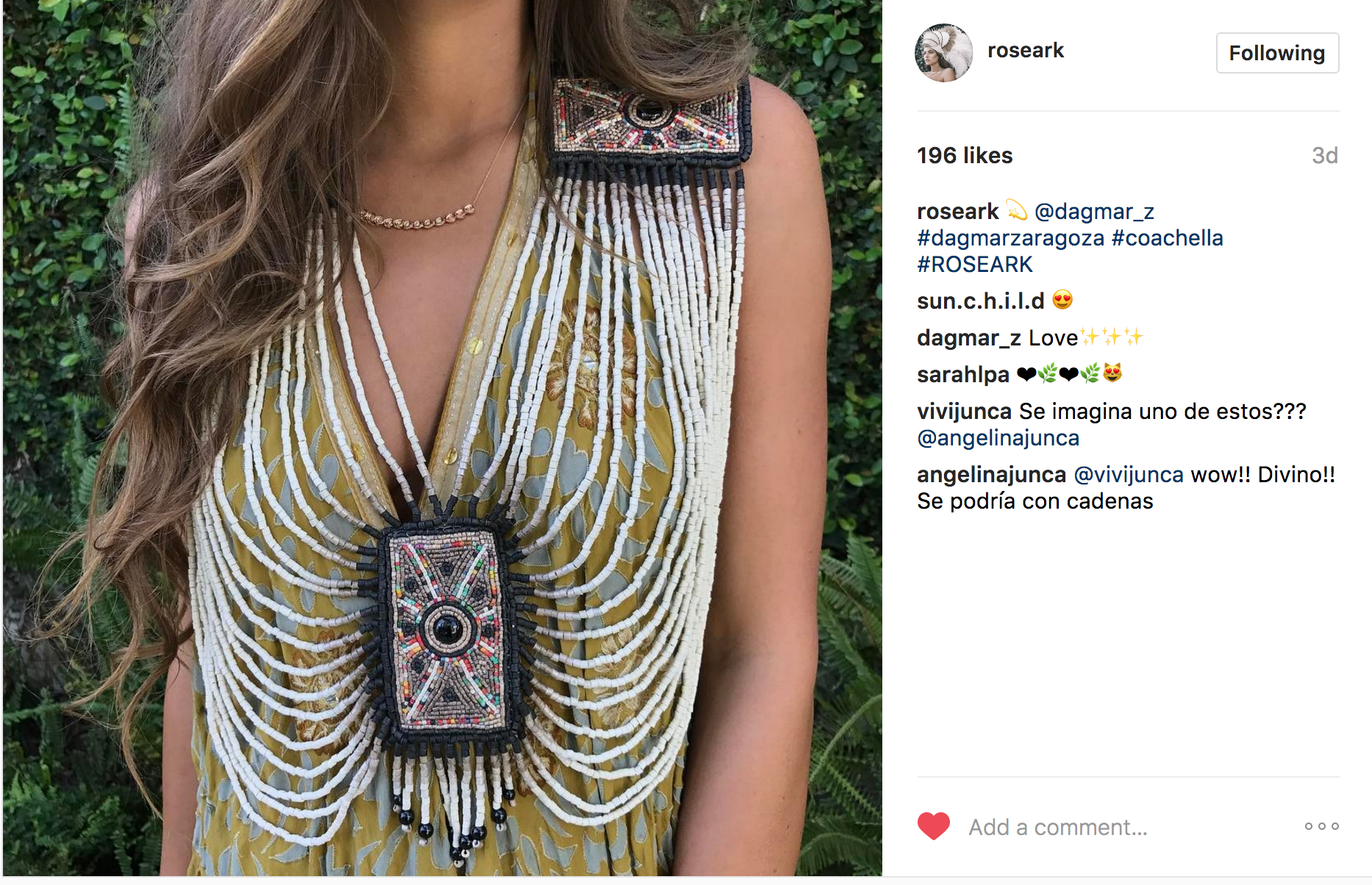 dagmar z’s beaded creation was just the thing to complete this festival style (and I love that rose gold necklace, too). Via @roseark 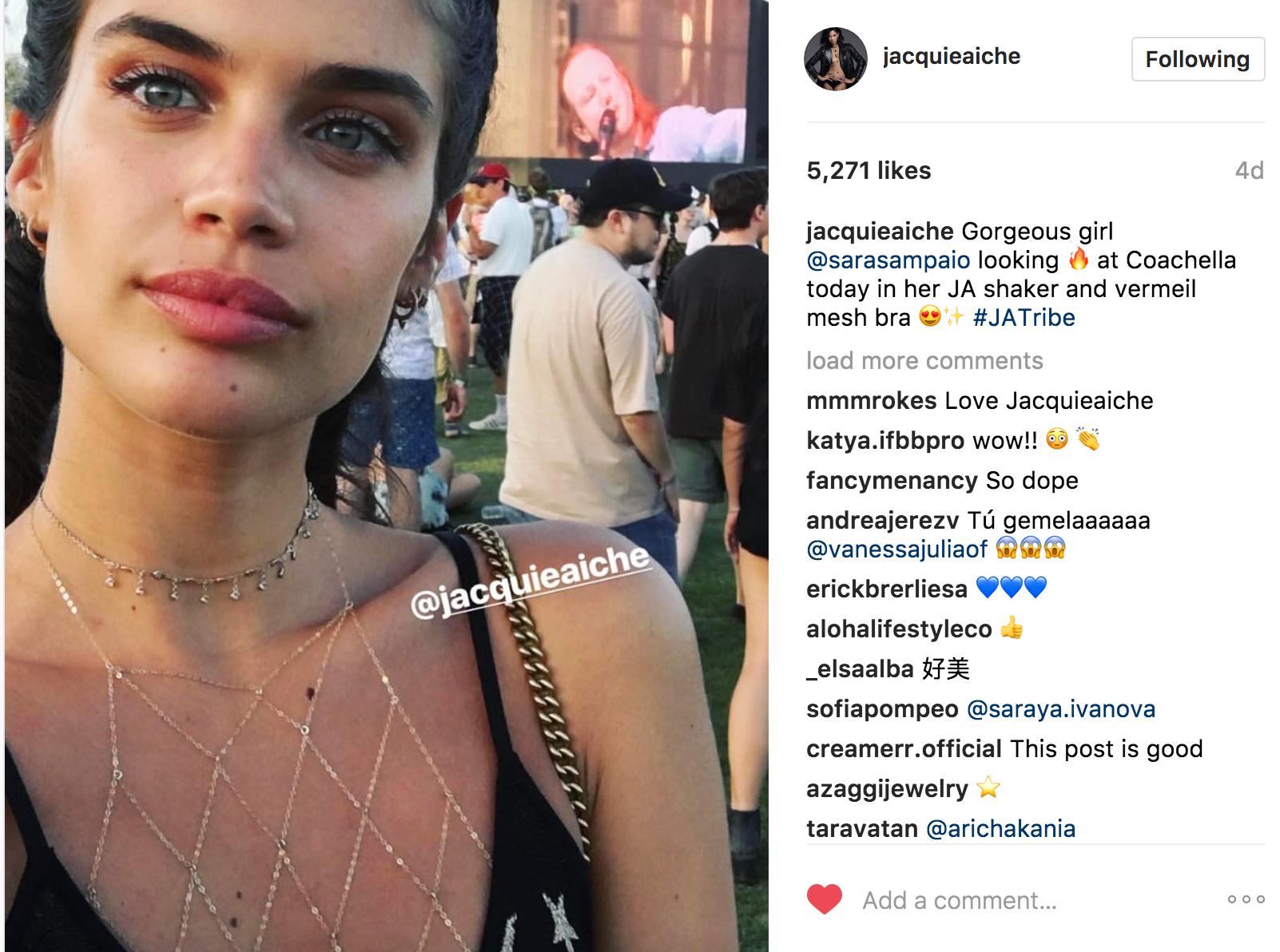 The Jacquie Aiche aesthetic feels right at home at Coachella, so it’s no surprise that the #JATribe was well represented. Via @jacquieaiche 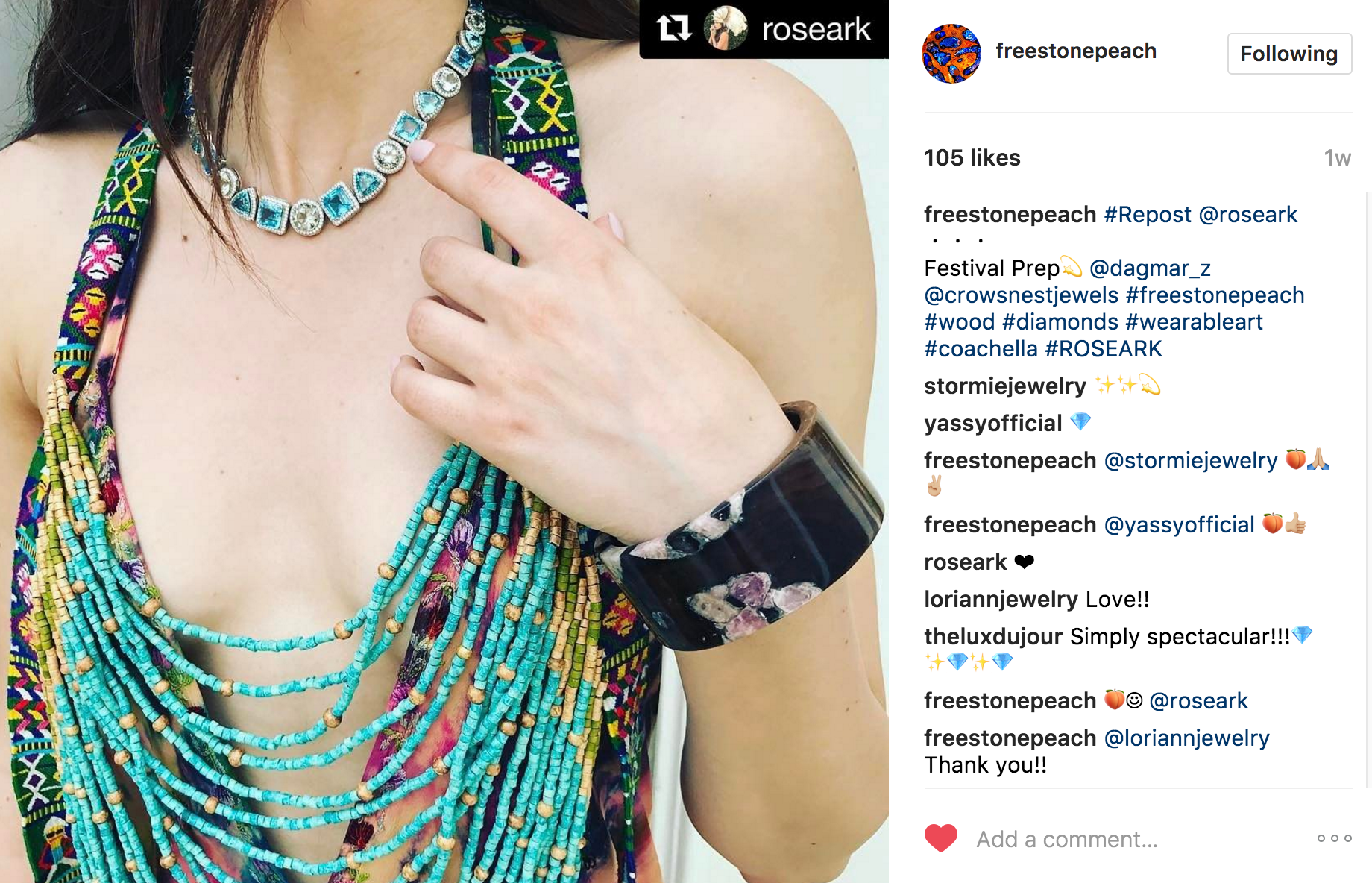 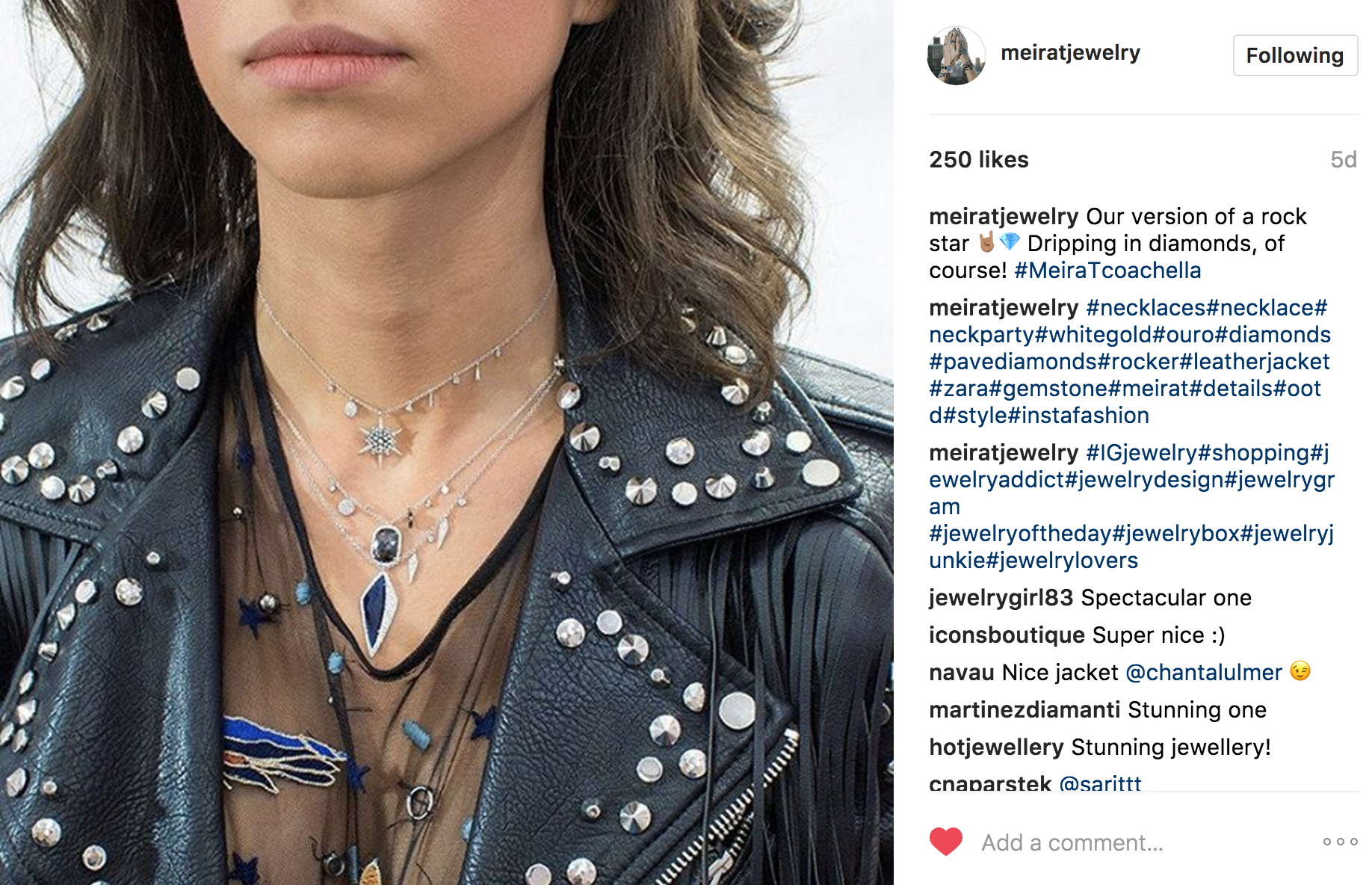 The layered pendant look was huge with the Coachella crowd (and that extends elsewhere, too). Via @meiratjewelry 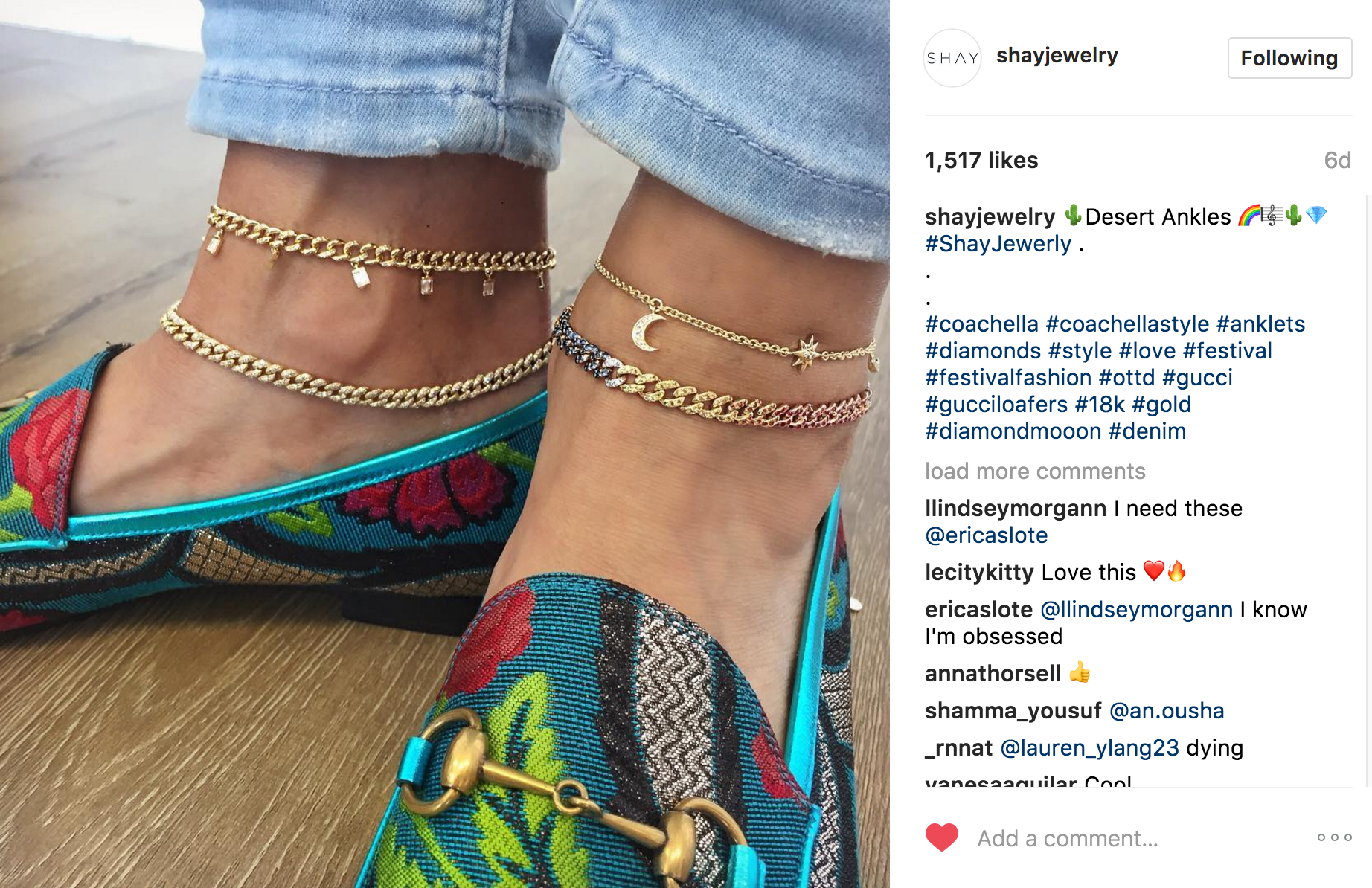 Thank you to Shay for my new desire to wear ankle jewelry every day from now on (and to invest in those brocade Gucci loafers). Via @shayjewelry 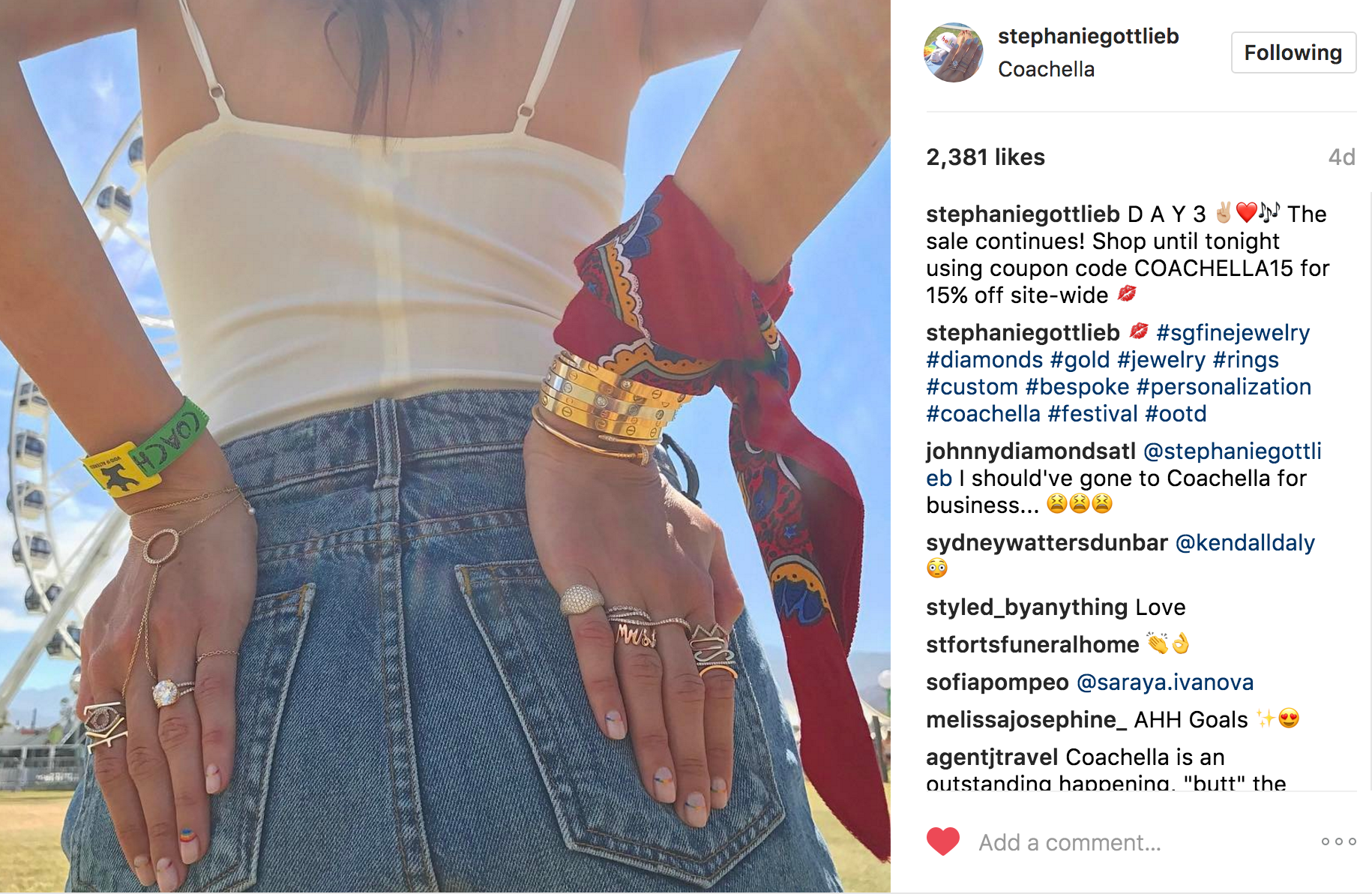 Exhibit A: The best, most spectacular way to accessorize with high-end jewelry for a music festival. Via @stephaniegottlieb 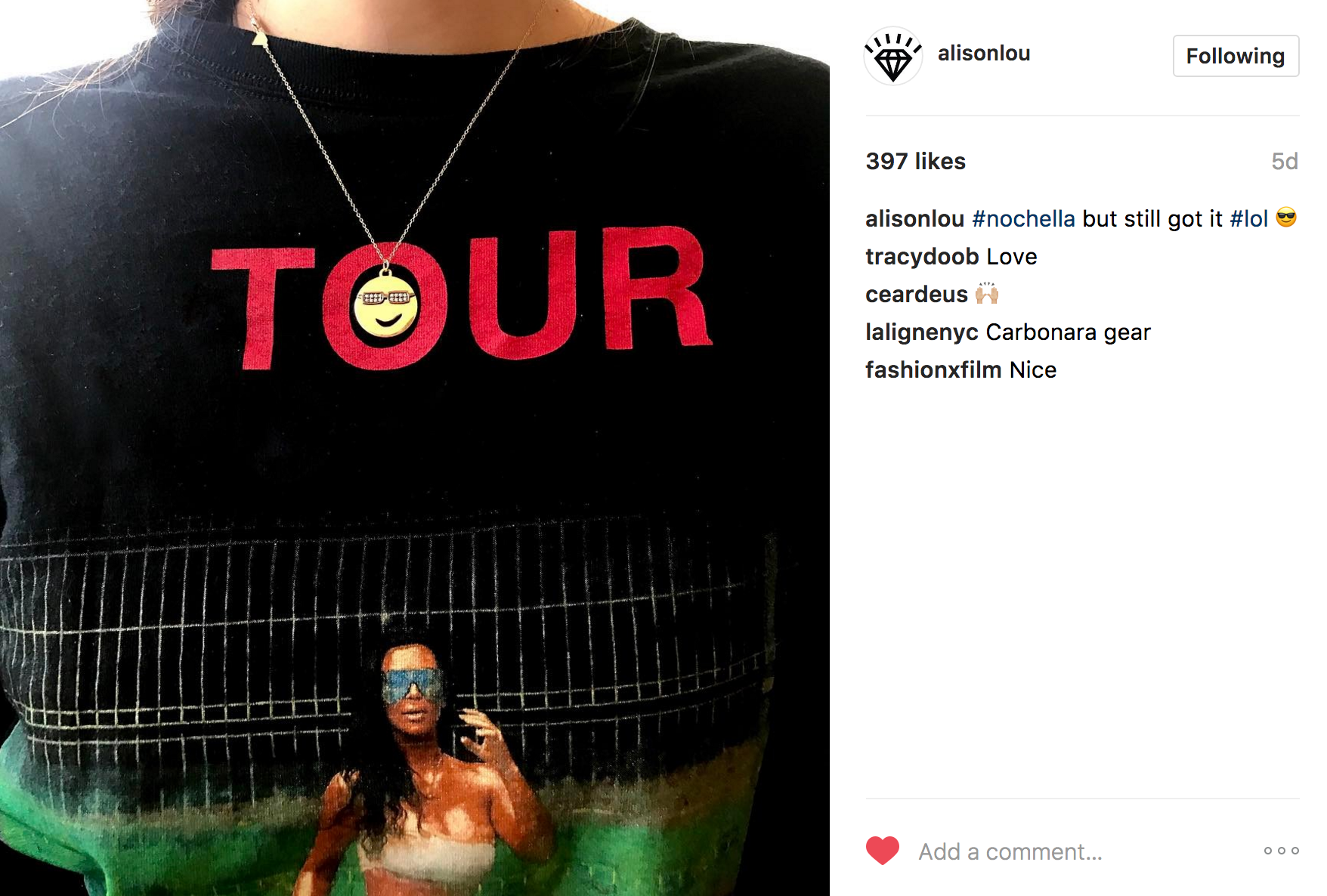