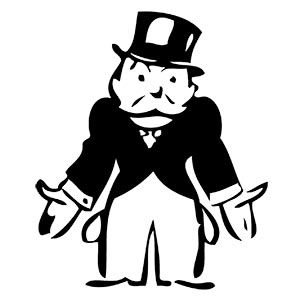 A 1980s De Beers ad was headlined, “She married you for richer or poorer. Let her know how it’s going.” The message was simple: If you got it, flaunt it.

But a recent New York Times article found that affluent consumers—particularly those who inherited money—are increasingly uneasy with flaunting it. Many don’t even like to be labeled wealthy; they prefer to be considered “normal” and sometimes go through bizarre contortions to be seen that way. One woman removes high price tags because she doesn’t want her nanny to see. Others seem to see their wealth as something of a burden:

Scott, who had who had inherited wealth of more than $50 million, told me he and his wife were ambivalent about the Manhattan apartment they had recently bought for over $4 million. Asked why, he responded: “Do we want to live in such a fancy place? Do we want to deal with the person coming in and being like, ‘Wow!’ That wears on you. We’re just not the type of people who wear it on our sleeve. We don’t want that ‘Wow.’”

Which brings me to jewelry. There are still plenty of consumers who seek that wow. A Russian oligarch just bought his model girlfriend a 70 ct. diamond. Kim Kardashian famously received a 20 ct. engagement ring. The current president of the United States became so well-known for flaunting his wealth that it probably made him richer—and president.

But showing off your wealth is not always looked on so favorably, especially now that the public has become increasingly concerned with income inequality. As the article notes, “today the 10 percent of earners now garner over 50 percent of income nationally, and the top 1 percent over 20 percent.”

And while there has always inequality, by all indications it’s getting worse. A chart from researchers Emmanuel Saez and Gabriel Zucman shows that while, in past generations, the poor and middle class experienced the largest income growth, today just about all the gains are enjoyed by the affluent—and not even all the affluent, but the top 99.99th percentile.

“Most families used to receive something approaching their fair share of economic growth,” New York Times reporter Leonardt writes. “And they don’t anymore.”

The Broken Economy of the United States, in One Simple Chart https://t.co/HPqxHDUmsC (pic.twitter.com/5SnIx3TiLr)

Some have suggested that income inequality might be good for our industry. After all, we sell a luxury product. The more money the rich have, the better. But that logic breaks down if people don’t feel good about broadcasting their affluence. After all, Kim Kardashian got her ring stolen, in part, the crooks later said, because she flaunted it.

In short, our industry may have to adjust its traditional messaging. Yes, some will always want big looks and status symbols. But there are also wealthy consumers who feel uneasy making garish statements. To them, we need to stress beauty or design, or how buying jewelry isn’t wasteful, but a smart investment. And if a piece of jewelry helps out a local community or has a positive social effect, we need to talk about that as well. We need to give our products a better story. (Check out high-end watch collecting, which has become as much about each item’s technical and artistic aspects as the actual piece.)

Jewelry has always been about the heart, rather than the head. People have long bought flashy items because they made them good. Now some say those same items make them feel icky. We will always have the allegiance of the first group. But we must also now learn how to appeal to the second.