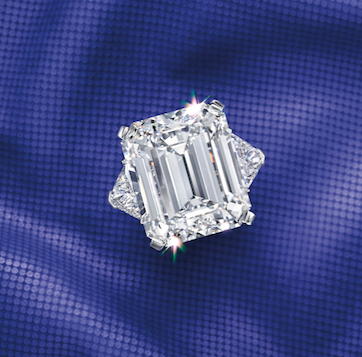 And, as usual, the top-valued lots are all big-gem showstoppers. Each is expected to fetch over $2 million.

Here are the top three priciest pieces bound for the auction block: 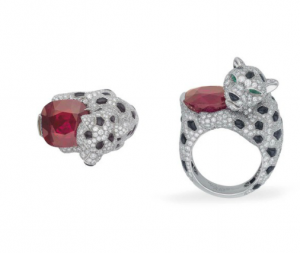 The pavé-set diamond panther that makes up this platinum ring is set with onyx spots and nose and features pear-shape emerald eyes and a tail tipped with a 10.63 ct. cushion-cut Burmese ruby. It is signed MT Cartier, no. 53AJE935. 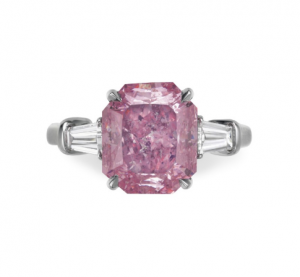 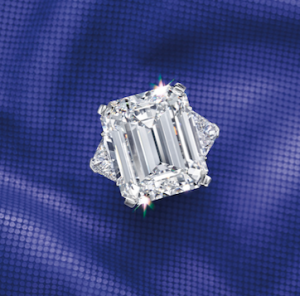 This platinum ring is set with a rectangular-cut diamond weighing approximately 22.03 cts. It’s flanked on either side by a triangle-shaped diamond and comes with a Van Cleef & Arpels green suede box and white outer box. The GIA report states the diamond is D color, Internally Flawless clarity, with excellent polish and symmetry—and reveals that the gem is a Type IIa: the most chemically pure type of diamond. It is signed Van Cleef & Arpels, no. SL953.