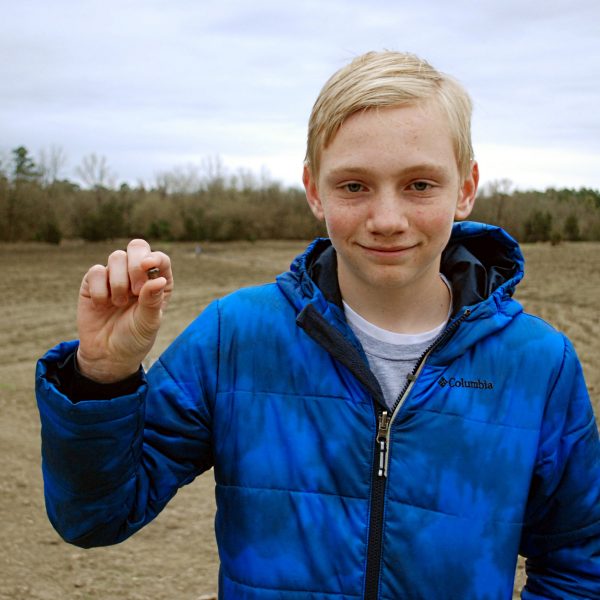 Kalel Langford, a 14-year-old from Centerton, Ark., was in town for a baseball tournament March 11 when he and his parents visited Arkansas’ Crater of Diamonds State Park.

The teenager was walking near an area called the East Drain, in the southern portion of the park’s diamond search area, when he spotted a sparkling, dark brown stone. “It was just a few inches from a stream of water, with a bunch of other rocks that were about the same size,” he told the park authority later.

The shiny brown rock turned out to be the seventh-largest diamond found at the Arkansas state park since 1972.

“We had only been at the park for about 30 minutes when he found it,” said Kalel’s dad, Craig Langford. “Its color was so dark that we weren’t sure if it was a diamond, but we knew we needed to have it looked at.”

At the park’s Diamond Discovery Center, the magnitude of the find was verified—Kalel had found one of the biggest diamonds in the park’s history.

A call to the park for comment was not returned in time for this article, but in a press release on the event, park interpreter Waymon Cox noted, “Conditions were ideal for Kalel to find his diamond. About an inch of rain fell on the plowed search area during the week. A heavy rain can uncover larger diamonds near the surface. Diamonds have a metallic-looking shine and are often easier to spot on top of the ground.”

Kalel’s diamond is roughly the size of a pinto bean, and “it’s very dark brown, similar to coffee,” said Cox. “Overall, the gem has a frosted appearance and is shaped somewhat like a pillow or a kite.”

Kalel named the diamond Superman’s Diamond—he’s a fan of the DC Comics superhero and his name is similar to Superman’s birth name, Kal-El (a fact his parents were unaware of when they named him, Craig noted).

Kalel says he plans to keep Superman’s Diamond as a souvenir of his first visit.

This is the second hero-sized find at the park in a couple of years: In June 24, 2015, Colorado resident Bobbie Oskarson found an 8.52 ct. white diamond that she named the Esperanza.

But 97 diamonds have been registered at Crater of Diamonds State Park this year, weighing a combined 26.84 cts., according to the park.

Three other diamonds weighing at least 1 ct.  have been registered this year, including a 1.45 ct. yellow diamond found this month.

(Photo courtesy of Arkansas Department of Parks and Tourism)