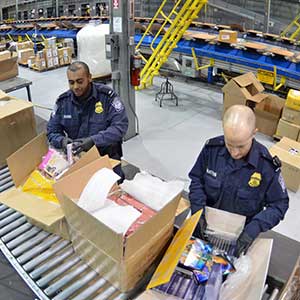 The Trump administration is slapping tariffs on $200 billion of Chinese products, and some items used by jewelers will be affected.

Importers should consult with their attorneys to find out if the goods they are bringing in have been hit, says Peter W. Klestadt, partner in New York City law firm Grunfeld, Desiderio, Lebowitz, Silverman & Klestadt.

“A lot of times people are using the wrong classifications,” he says.

He adds in certain cases importers can apply for exemptions or may be able to prove their items were substantially produced elsewhere.

Karen Giberson, executive director of the Accessories Council, says that, while jewelry was largely spared, handbags and suitcases were not. Her members affected by that are “devastated,” she says.

“Ten percent is something people can adjust to,” she says. “When you get to 25 percent, that is a big difference, and the consumer is going to pay for that.”

She notes that the initial list of 6,000 products, issued in July, planned for tariffs on smartwatches, like the Apple Watch. The latest list, however, removes any levies on smartwatches and other Bluetooth devices.

“There was no rhyme or reason to [what was taken off],” she says. “It’s a real hodgepodge. I guess it helps if you have a big fat budget.”

This is the third round of tariffs the Trump administration has imposed on China in protest of its intellectual property policies. All  have been met with retaliatory measures on U.S. goods.

Most analysts expect the dispute to escalate further: Earlier this month, President Trump said a fourth round may be coming.

“There is another $267 billion ready to go on short notice if I want,” he told reporters.

Today he threatened on Twitter that “there will be great and fast economic retaliation against China if our farmers, ranchers and/or industrial workers are targeted!”

Jewelry will almost certainly be included in any future list, says Klestadt. “When you target $267 billion, that’s basically all trade with China,” he says.

The National Retail Federation continued to denounce the tariffs, saying they could hurt retail sales for the upcoming holiday season.

“As thousands of businesses have testified and explained in comments to the administration, tariffs are a tax on American families,” a statement said. “It’s disappointing that, despite the voices of those impacted, the administration continues to advance harmful tariff policies that threaten to weaken the U.S. economy.”

“It’s spread over thousands and thousands of products, so no one will notice it at the end of the day,” he said.