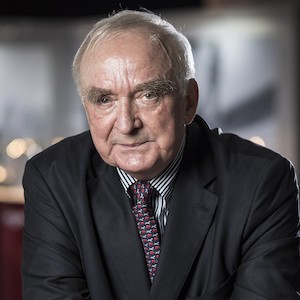 Swatch Group, the Swiss colossus that controls 18 watch brands, has announced changes to the management of its Longines, Rado, Union Glashütte, Tissot, Certina, and Hamilton divisions.

The reshuffle includes the departure of an industry institution, Walter von Känel (pictured), who has been with Longines for 51 years. He first joined the brand in 1969 and has been its president since 1989.

Matthias Breschan, who currently serves as the head of Rado, will take von Känel’s place as chief executive officer of Longines. Von Känel has been named the brand’s honorary chairman, and he will remain chairman of the Longines Foundation.

Sylvain Dolla, the current CEO of Hamilton, will now become CEO of Tissot. Tissot’s current president, François Thiébaud, has been bumped up to chair that brand’s board of directors.

Hamilton’s head of sales, Vivian Stauffer, has been promoted to CEO of the brand.

In addition, Raynald Aeschlimann, who is currently president and CEO of the Omega brand, has been named to its executive group management board.

These changes will take effect on July 1.