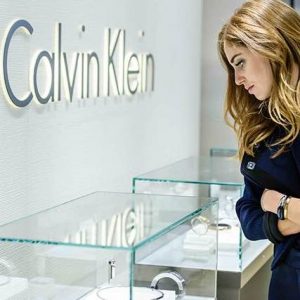 Something has come between Swatch and its Calvins.

After working together for 22 years, Swatch Group is letting its watch and jewelry licensing agreement with Calvin Klein lapse.

Using the same blunt language that marked its departure from the Baselworld fair, a Swatch Group statement said it was ending the longtime partnership due to “the recent turbulence and uncertainties at the management level of Calvin Klein Inc., New York.”

But analysts also pointed to weakness in the low-end watch market, which is under fire from smartwatches and brands such as Fossil.

In a statement, Calvin Klein also took a thinly disguised potshot at its former partner.

“Over the past few years the growth opportunity we see for the category has not been optimized with the current licensee, Swatch Group,” the company statement said. “Both partners believe that they have been unable to achieve the maximum potential in key markets.”

Calvin Klein said that the brand is “currently evaluating the best possible partner for the future and will announce its partner in due course.”

“We are very optimistic about the potential growth the watch and jewelry category holds for us,” said president of licensing John Van Glahn in the same statement. “We are confident that with the right partner in place we will be able to strengthen this category, as well as our overall lifestyle business.”

Calvin Klein watches can be found at a wide variety of retailers, including Kay, Macy’s, and Walmart.