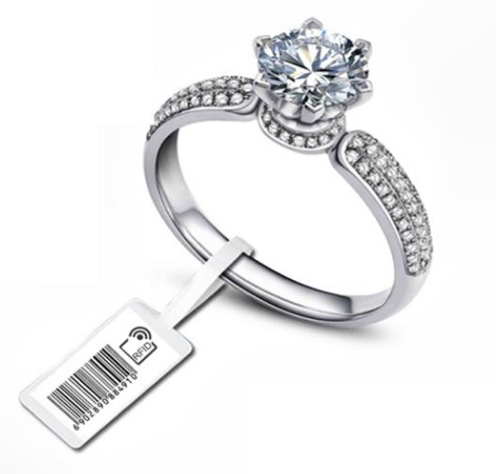 Myndar, a company specializing in IoT devices and solutions, has created a reportedly unprecedented approach to RFID. As opposed to the traditional bar code, which needs to be scanned on an individual basis, smart tags may be read simultaneously, allowing retailers to efficiently take the inventory of an entire store within minutes, while also offering product and brand information in real time.

Through its partnership with Pac Team Group’s PT Next, a global point-of-sale leader for the industry, Myndar is able to “infuse [its] technology seamlessly within retail environments and fixturing without disrupting the brand’s visual presentation,” according to a press release.

“We are thrilled to be partnering with Myndar to bring this revolutionary RFID technology, specifically for the jewelry and timepiece industries, to the United States and provide customized solutions and local support in the Americas,” president of PT Next and Pac Team Group Eric Zuckerman tells JCK. “This is a natural fit for our group, as we are increasingly able to provide our clients new opportunities to make their POS smarter and provide them invaluable insight and control.”

In addition to offering an RFID solution that’s tailored for use by the jewelry industry (unlike past products, which had trouble reading tags through metal), Myndar has also developed a presentation tray embedded with RFID technology designed to offer retailers invaluable point-of-sale data.

“The tray recognizes when items are out of the case and if one is floating,” Zuckerman says. “Anyone in retail knows keeping track of product and who’s holding it can be frustrating. This data is being captured and stored. I can see this bracelet keeps coming out of the case but nobody’s buying it—before I just knew nobody was buying it.”

Along with the new partnership, Zuckerman announced the hiring of retail technology expert Michael Villanueva as senior systems architect for PT Next. Villanueva brings years of IT experience, including 15 years of designing and deploying technology solutions and RFID for Neiman Marcus.

In the famed “Battle of the Sexes” tennis match, Billie Jean King defeated former men’s tennis pro Bobby Riggs, a great moment in sports history. King has since founded the Women’s Tennis Association and the Women’s Sports Foundation, and is a cofounder of World Team Tennis while advocating for women’s equal rights both on and off the court.

“It was a natural choice for us to partner with such an inspiring individual as Billie Jean King, who holds true many of the same ideals as Citizen,” said EVP of marketing Ellen Seckler in a press release. “King’s nonstop initiatives to bring equality and fairness to the world, sports and beyond, mirrors Citizen’s existing efforts to empower and support our younger generations.”

In other King-related news, Citizen announced it is the only timepiece sponsor for the upcoming feature film Battle of the Sexes, starring Emma Stone and Steve Carell. Stone will play the part of Billie Jean King and Carell will appear as Bobby Riggs in the film depiction of the famed sports match. The film opens in theaters on Sept. 22.

For more from Citizen, visit citizenwatch.com. 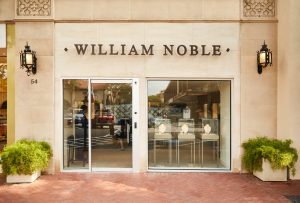 Dallas retailer William Noble has announced the opening of its temporary storefront location at 54 Highland Park Village. The jeweler will remain in that location through mid-2018 while its new showroom undergoes remodeling.

“Being at street level and easily accessible to Highland Park Village shoppers from all over the country, if not the world, is a great sales opportunity for us,” said founder Bill Noble in a press release. “It will allow us to connect more with current clients and increase awareness of the William Noble brand with new shoppers in the village.”

One of the longest-standing merchants of the shopping center, William Noble will celebrate its 35th anniversary in 2018. Along with its remodeled store, the jeweler will officially drop the “Rare Jewels” from its name, a change indicating its desire to be more accessible to people, target new and younger audiences, and better reflect the company and jewelry it sells. “People have been saying ‘William Noble’ for decades,” continued Noble. “We will always have high-quality diamonds, rare jewels, and important estate jewelry, but we also carry everyday essentials and statement pieces, and I think it’s important that our brand reflects that.”

Precision technology company Sarine Technologies announced that it has made progress with the large-scale testing of its clarity and color grading technologies. The technologies have reportedly achieved the ability to correctly and consistently match the grading opinion of a reference group of human gemologists, with 97 percent accuracy for clarity, and 99 percent for color.

“For the past 25 years, we have offered the wholesale and retail markets for polished diamonds value-added services, commencing with the groundbreaking introduction of automated cut grading in 1992, and its subsequent industry-leading refinements,” said Sarine CEO David Block in a press release. “Introducing technology for the comprehensive 4Cs grading at an unmatched level of accuracy, consistency, and reliability will take the consumer’s confidence to an all-new level.”