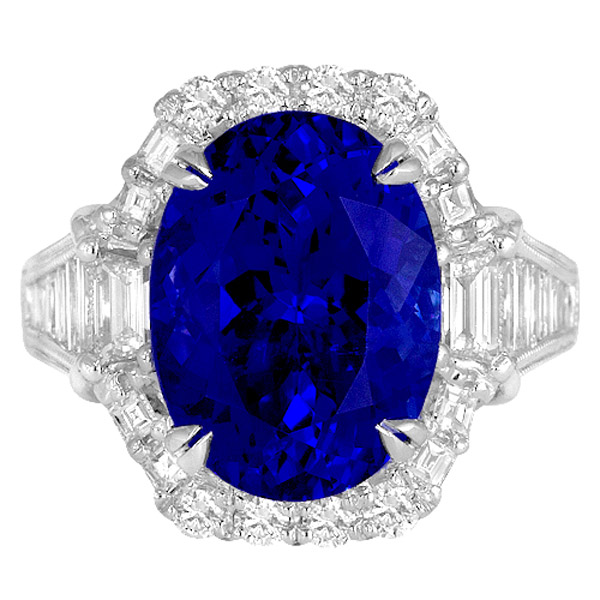 Couturemark to Introduce New Items at Luxury by JCK

Couturemark by VIP Diamond is planning to unveil a series of new jewelry items at the upcoming Luxury by JCK show, to take place at the Sands Expo and Venetian in Las Vegas in May.

Each item is GIA certified and features an array of diamonds and colored gemstones in a line of rings, necklaces, and bracelets.

To learn more about JCK Las Vegas and Luxury by JCK, visit lasvegas.jckonline.com, and visit vipdiamondjewellery.com.

Jewelry manufacturer Vahan is ringing in its 50th anniversary this year.

Founded by French jeweler Sacha Der Calousdian, Vahan has remained a family business. The designer’s wife, Nathalie, joined the company in its early years, and their sons, Greg and Cedric, joined the company a decade ago. The brand will be unveiling a series of surprises for its customers and retailers as the year progresses, so stay tuned at vahanjewelry.com.

Royal Chain has announced a new collection geared to the millennial and Gen Z audiences—or the selfie generation.

Called the Influencer collection, the 52-piece line is composed of all-14k gold items with prices starting at $85. The pieces are smaller in stature and designed to be layered and grouped. According to a statement, “The idea is that these entry-level price points and trending designs will whet the appetite of the younger crowd and thus convert them into gold buyers for the future.”

The Silver Promotion Service (SPS) has announced a new designation for selected participants in its Savor Silver program, identifying them as an International Designer of Distinction (IDOD).

The new participants in the program, from China and the U.K., join a previous group of nine designers from Mexico, originally dubbed Designers of Distinction—Mexico. “A primary criteria for being selected for Savor Silver until now was that a brand had to have a market presence in the U.S.,” said SPS director Michael Barlerin in a press release. “After reviewing the SPS program last year, and based on participation in various international trade shows, it was obvious that there were multiple international brands that met the SPS silver jewelry design criteria and would benefit in their respective markets by becoming part of Savor Silver, even though they did not operate in the U.S.”

The new brands include: iRiffle, Jass Look, Monster Area, Shang Mo, and Su Live from China; and Dower & Hall and Philip Kydd from the U.K.