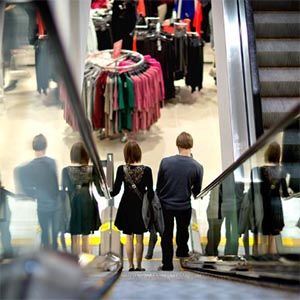 Procrastinators may be a boon to retailers this holiday season.

The National Retail Federation (NRF) reports today that 24 percent of shoppers polled in a survey released today said they’re not finished buying gifts—and will wrap up their shopping this weekend (a bold 7 percent said they’ll still be shopping Christmas Eve).

The survey, conducted by NRF partner Prosper Insights & Analytics, also found that 56 percent of consumers—about 134 million people, up from 126 million in 2017—plan to shop this weekend on Super Saturday, the last Saturday before Christmas.

The poll asked 6,978 consumers about holiday shopping plans and was conducted Dec. 3–12 (it has a margin of error of plus or minus 1.2 percentage points).

More takeaways from the report on this crucial shopping week:

++ More than 40 percent of holiday shoppers said they expect to finish their holiday gift shopping by today, Thursday.

++ Of consumers who had completed half or less of their shopping, 44 percent said they were still deciding what to buy, up from 42 percent last year.

++ 27 percent are waiting for family members to share their requests, while 26 percent cited other financial priorities.

++ 25 percent said they were too busy with other activities, and 22 percent admitted to plain-old procrastination.

++ 50 percent of consumers polled plan to hit up after-Christmas sales in stores, and 45 percent plan to do the same online.

++ More than half (51 percent) said they will shop during the period just after Christmas, to take advantage of post-holiday sales.

++ 4 percent of respondents said they won’t be finished gift-shopping until after Christmas.