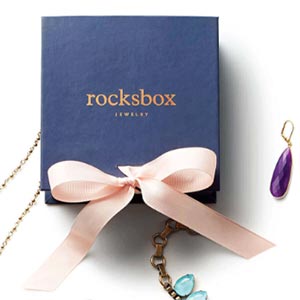 It’s been five years since Meaghan Rose started her subscription, membership-based jewelry business, Rocksbox, in her bedroom, loaning out her personal jewelry to would-be consumers over the internet.

Since then she’s raised $11.5 million in funding, much of it venture capital, and moved the company’s fulfillment office from San Francisco, where the business is based, to much-cheaper Columbus, Ohio.

Here’s how Rocksbox works: Members pay $21 a month to receive a monthly box of three pieces of jewelry. After wearing the items for a few weeks, members can return what they don’t want. Items they hold on to are simply charged to their account.

Rose recently told Retail Dive that she hopes to grow the company into “the Sephora of jewelry,” by essentially reinventing the jewelry category, which she sees as primed for an overhaul.

“What I really think is exciting is to build a Sephora-of-jewelry-type concept…where people trust us to have the trends and the classics, the best brands, and good quality,” Rose told the outlet. “Where we have more data about the category than anyone else. So we know exactly what you want, when you want it, and if you want it just for the weekend or if you want to own it. We cut out the need for you to go anywhere else to look for things in this category.”

The success of rental and subscription fashion concepts, including Rent the Runway and Stitchfix, has shown that a growing segment of U.S. consumers is eager to do their trying-on, browsing, and buying from home.

Will there one day be a tipping point that sees alternative sales avenues (including subscription services and Instagram-selling) challenge brick-and-mortar retailing and basic online shopping?

The jury’s a long way out on that one. But traditional fine jewelry retailers should be working to reinvent and push the envelope at every opportunity.