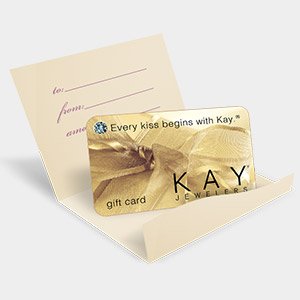 A new study from First Data concludes that consumers who shop with gift cards are spending more money—above the monetary value of the gift card—than ever before.

— This is the fifth year in a row consumer spending has experienced growth in tandem with gift-card use.

— The spike in consumer spending above gift-card value is most pronounced at the supermarket, where shoppers with gift cards in hand spend, on average, 94 percent more than the original value of their card.

— Young shoppers really love gift cards. The study found that 47 percent of 18–23-year-olds would prefer a gift card over a traditional gift.

— Consumers plan to spend 55 percent of their annual gifting budget on gift cards.

— Among those polled, 33 percent said they will spend more on a gift card than they will on a traditional gift.

— Up to 50 percent of respondents ages 24–37 said they are interested in buying gift cards through a bank website or mobile app.

One final interesting trend to note, given the jewelry industry’s interest in self-purchasers: The practice of buying a gift card for yourself is seemingly on the rise. In 2018, 64 percent of consumers polled said they bought a gift card for their own personal use, up from 58 percent in 2017. Respondents ages 24–37 were most keen on buying gift cards for themselves, with 71 percent saying they planned to do just that.