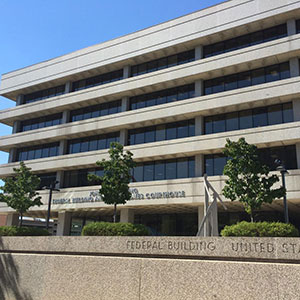 Sterling Jewelers and Alex and Ani have settled their 14-month-long lawsuit stemming from the two sides’ short-lived partnership.

The news came in a motion filed by Sterling Feb. 14 in federal court for the Northern District of Ohio. The case was dismissed with prejudice, with each party agreeing to bear their own legal costs. No further details of the settlement were given. Judge Sara Lioi ordered the case closed the same day.

Sterling Jewelers spokesperson David Bouffard said that ” the matter was resolved and settled to the parties’ mutual satisfaction.”

Sterling and Alex and Ani started out their partnership with high hopes. In August 2015, Sterling announced that it would sell the charm brand at more than 100 Jared stores. Then-CEO Mark Light admitted on an earnings call that this represented a significant and unusual commitment for the company.

“108 stores out of our Jared portfolio of roughly 250 stores is a pretty healthy test for us,” he said. “We feel pretty good about Alex and Ani.”

But “the test failed to meet expectations,” said a Sterling filing, leaving Sterling with $3 million in unsolved inventory. It claimed that it returned $896,630 in inventory to Alex and Ani, but charged that the company refused to remit payment for that shipment and then declined to take the rest. It first filed the suit in Ohio state court in November 2017.

After the suit was transferred to federal court, Alex and Ani filed a counterclaim for breach of contract, arguing that Sterling unilaterally breached the two sides’ contract by selling the items online without authorization, which “tarnished and devalued” the Alex and Ani brand.

At one point, Alex and Ani tried to drag rival charm brand Pandora into the proceedings, claiming that the Danish brand, which has long been sold at Jared, “interfer[ed]” in the relationship between it and Sterling.