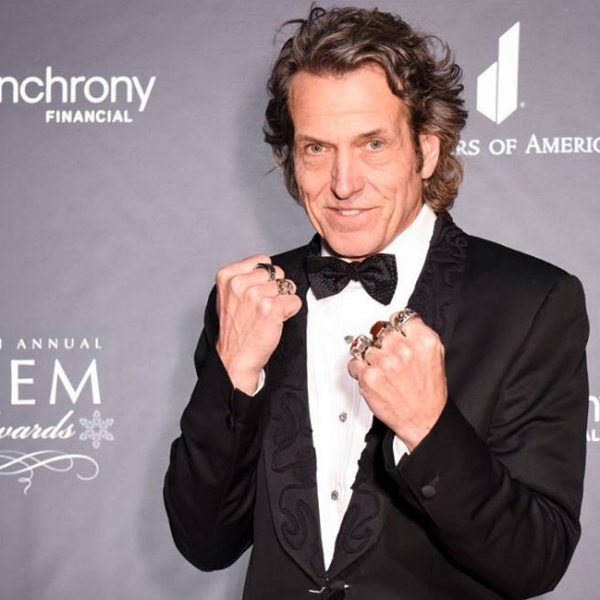 Everyone’s favorite unfiltered Englishman Stephen Webster was in fine form on Friday, Jan. 13, as the host with the most of the 15th annual Gem Awards at Cipriani 42nd Street in New York City.

Webster was, by all accounts, so popular that we can’t imagine him not being asked to return next year. Hey, Billy Crystal hosted the Oscars nine times!

Here are just a few of our favorite Webster one-liners:

“My long-suffering wife…said if I so much as mentioned her name or embarrassed her by swearing onstage, it’s all over. That’s a very tall order.”

“Some people say that all the nominees are winners. But those people are full of sh—shinola.”

“I’ve been assured that the ballots are top secret. No one knows the winner besides God, Laurence Graff, probably, and the Russian hacking team.”

“I was in a Chow Tai Fook store—it’s okay! I checked. ‘Fook’ is not swearing.”