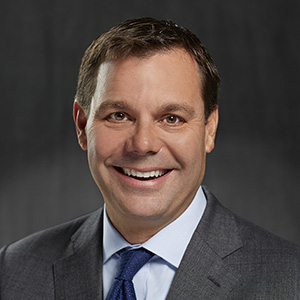 Hamlin joins Spence from Tailored Brands, the 1,500-store parent company of Men’s Wearhouse and JoS. A. Bank, where he has served as executive vice president and chief marketing officer since September 2017.

A Spence Diamonds press release declared Hamlin “an unconventional choice for a diamond retailer” but said he brings a “fresh perspective.”

“I’ve always approached retail marketing from the perspective of the customer,” said Hamlin in the statement. “I can’t wait to dig in on the brand to truly do diamonds differently.”

Eric Lindberg, executive chairman of Spence Diamonds, said in a statement that Hamlin’s “experience and leadership are what Spence needs as we continue to invest in growth, expanding locations across the U.S. and Canada.”

According to its website, Spence Diamonds has seven stores in Canada as well as three stores in the United States: San Jose, Calif.; Austin, Texas; and Scottsdale, Ariz. Another store is said to be “coming soon” to Dallas.

Founded in 1977, Vancouver, British Colombia-based Spence quickly became known for its clicks-and-bricks format in Canada. In 2016, it entered the U.S. market and has since become a big promotor of lab-grown diamonds, which it calls “artisan-created” diamonds.

Lion Capital, the British private equity firm where Lindberg is a partner, purchased Spence Diamonds in 2015. Lindberg spoke to JCK about his plans for the chain the following year.