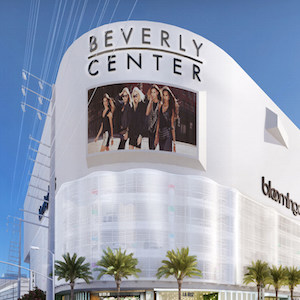 Simon Property Group, the largest mall owner in America, has announced that it will purchase 80% of Taubman Realty Group (TRG), a longtime rival that specializes in high-end properties.

Taubman currently owns 21 shopping centers in the United States, as well as three in Asia, and manages two others. A joint statement called Taubman’s U.S. properties “the most productive in the publicly held U.S. regional mall industry.”

Among its assets: The Mall at Short Hills in Short Hills, N.J.; Dolphin Mall in Miami; International Plaza in Tampa, Fla.; and the Beverly Center in Los Angeles.

Under the deal, the Taubman family will sell approximately one-third of its ownership interest but remain a 20% partner in TRG. The company will continue to be managed by Robert “Bobby” Taubman, its current chairman, president, and chief executive officer. Its new board will consist of three Simon designees and three Taubman designees.

Given that last year was a record year for retail closures—with malls being particularly hard hit—the parties said teaming up would help them weather the headwinds lashing the shopping-center business.

“The retail environment is constantly evolving, and we must continue to adapt as well,” said Bobby Taubman on a conference call following the announcement of the acquisition. “We believe we will accomplish more given the expertise and best practices of our two companies as well as the added financial strength that Simon represents.”

The deal is subject to regulator and shareholder approval. It is expected to close by the middle of the year.

Simon, which owns 233 properties worldwide, attempted to buy Taubman in 2002.

On Feb. 2, Simon, Brookfield Property Partners, and Authentic Brands Group announced they were teaming up to buy retailer Forever 21, which is currently in Chapter 11. In October, Simon announced plans to partner with e-tailer Rue Gilt Groupe to launch an online outlet mall.