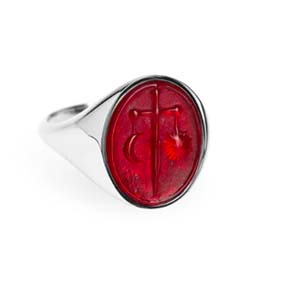 The silver lining in jewelry retail may actually be silver.

According to a survey conducted on behalf of the Silver Institute’s Silver Promotion Service (SPS) by InStore, silver jewelry sales in the United States were up for the 11th consecutive year in 2019, with 59% of jewelry retailers again reporting increased sales.

Additionally, silver is resonating with a younger demographic, it seems. Consumers ages 20–40 were most likely to buy silver jewelry, according to 63% of the retailers polled.

Nearly all retailers who participated in the study (91%) said they’re optimistic that silver jewelry sales will continue to grow.

SPS director Michael Barlerin said in a prepared statement, “The Silver Promotion Service is gratified by what the survey demonstrated. We are also enthused that the optimism for silver’s ongoing performance remains so strong and has continued for so many years.”

The Silver Institute, which was established in 1971, is a nonprofit industry association headquartered in Washington, D.C. Its members include leading silver producers, silver refiners, manufacturers, and dealers. The Silver Promotion Service was introduced in 2008 with the goal of developing and implementing programs “designed to enhance the image of and stimulate demand for silver jewelry in major international markets,” according to the statement.