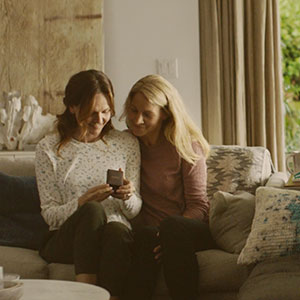 “He Went to Jared” has been sent packing.

Jared the Galleria of Jewelry is jettisoning its famed “He Went to Jared” tagline after using it for at least a dozen years.

The new campaign for the Signet-owned retailer uses the tagline “Dare to Be Devoted,” and is, for the company, rather daring. The campaign, aimed at millennials, celebrates couples of all ages and types, including same-sex and interracial relationships.

Described as a “top to bottom rebranding campaign” by ad agency McKinney, it represents the first work McKinney has done for Jared since the two began working together earlier this year. The campaign launched Nov. 5 and includes TV, radio, and and online components.

“We wanted to create something that celebrates devotion in all its forms,” said McKinney group creative director Jenny Nicholson in a statement. “The desire to commit ourselves deeply to another person is something we all share, even if the players in every story are different.”

Even though Signet is waving goodbye to “He Went to Jared,” its flagship chain Kay Jewelers will continue using its equally well-known tagline “Every Kiss Begins with Kay.”

It’s not clear exactly what year Jared began using the “He Went to Jared” tagline, though the U.S. trademark registration for the slogan lists the date of its first use anywhere as 2001. While the campaign was sometimes parodied and derided, it undoubtedly burrowed itself into the minds of the American public. In 2015, YouGov Brand Index reported that Jared’s brand awareness was even higher than sister chain Kay’s, credited in part to the “He Went to Jared” slogan.

Below are two examples of commercials from “Dare to Be Devoted” posted to the Jared YouTube account.