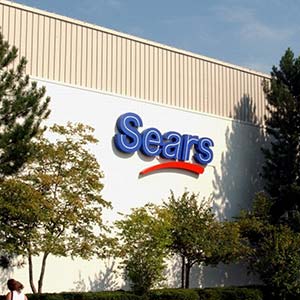 Sears Holdings Corp. has sued its former chairman and CEO, Eddie Lampert, claiming the hedge-fund billionaire and his associates illegally stripped the company of its most valuable assets, forcing it into bankruptcy.

It charges that, as the onetime retail icon entered a “death spiral” that eventually brought it to bankruptcy court, Lampert and other insiders cherry-picked its best assets, getting bargain prices for assets worth billions.

For instance, in 2014, it spun off Lands’ End, its profitable clothing and accessories brand considered one of its “crown jewels.” The company’s board didn’t consider an outside offer from investment company Leonard Green & Partners for the brand, which valued it at more than $1 billion, it says. Instead, ESL and other Sears shareholders purchased most of the company in exchange for a $500 million dividend.

It finds similar fault with Sears’ 2011 sale of Orchard Supply Hardware Stores Corp.; its 2012 sale of Sears Hometown and Outlet stores; its 2012 partial spin-off of Sears Canada, which later liquidated; and its 2015 rights offering of Seritage, a real estate investment trust—all of which, it says, were structured to benefit Lampert, ESL, and other defendants.

The suit includes an in-depth recounting of the slow decline of this former giant, which it says started when Lampert obtained a majority of the company’s shares in 2008.

Lampert’s handpicked management—later replaced by Lampert himself—didn’t properly invest in the stores, exacerbating their decline, it says. He tried to transform the century-old retailer with a rewards program named Shop Your Way, which attracted little interest.

Despite this, Sears continued to issue annual revenue goals, which it consistently failed to meet, sometimes by as much as $3 billion–$4 billion, it said. Insiders knew these goals were unachievable, it charges.

ESL could not be reached for comment. However, a statement provided to Chain Store Age called the allegations “misleading or just flat wrong.

In January, ESL purchased Sears and sister chain Kmart for $5 billion. The new retailer will likely total some 400 stores. As recently as 2011, it numbered 4,000.