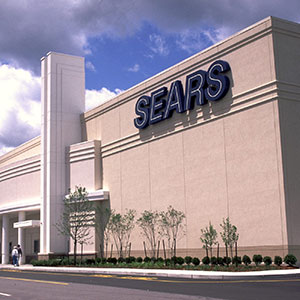 Earlier this week, Rosy Blue and Vijay Gold filed objections to Sears Holdings’ proposal to close 142 stores as part of its Chapter 11 proceeding. The two vendors argued the plan did not provide adequate protection to vendors with goods on memo. On Oct. 23, Allure Gems and Beauty Gem also submitted objections, as did iStar Jewelry today.

In a response filed yesterday in bankruptcy court for the Southern District of New York, Sears Holdings attorneys said they “understand” vendors’ objections to its sales of consigned merchandise and are working to negotiate a solution with the vendors’ attorneys.

“[We] have been consulting with counsel to the Consignment Vendors and the [debtor-in-possession] lenders to try to consensually resolve the consignment objections,” it said.

(UPDATE: An order was entered today in court, agreed to by all parties. protecting the interest of consignors.)

The tone of Sears’ lawyers is very different than what we saw in the liquidation of Whitehall Jewelers. When that chain filed for Chapter 11 in 2008, it held $63 million in consigned inventory, which it wanted to sell “free and clear of all liens.” That raised objections from vendors, who claimed the product belonged to them. Things took a bizarre turn when Whitehall’s lawyers challenged vendor Uniform Commercial Code (UCC) filings as not “perfected,” since the company had changed the spelling of its name from “Jewellers” to “Jewelers.”

In the end, the Judge Kevin Gross ruled that if Whitehall wanted to invalidate the rights of its consignors, it would have to launch adversary proceedings against all 120 of them. That proved too much, and the two sides settled.

In 2016, bankrupt sneaker chain Sports Authority actually filed 160 adversary cases against consignment vendors, aiming to negate their interest in the product. (At least 75 percent of them hadn’t filed the proper paperwork, according to The Chicago Tribune.) Regardless, Judge Mary Walrath ruled that, before Sports Authority sold consignment merchandise in going-out-of-business sales, it would have either have to return that product its vendors, honor pre-petition agreements, or work out a settlement. It eventually did the latter, but some now say the extended squabbling over this issue doomed the retailer’s survival plan.

Sears, too, intends to carry on and wants to avoid that pitfall. Samuels Jewelers, in Chapter 11 as well, has also offered protection for consignors. It, too, hopes to stay alive.

If Sears went into a protracted litigation with those suppliers, “it could hurt their overall relationship with vendors,” he says. “They want more product coming into the store as they try to reorganize and survive. And product is the lifeblood of any retailer.”

He adds: “I would hope that Sears continues to be reasonable and recognizes the validity of all consignment, so the consignors and Sears can move together.”

But a company planning to liquidate is “narrowly focused on raising proceeds for creditors and therefore more likely to challenge [consignment vendors’ rights] even if it is a failing effort”—as it turned out to be in both the Whitehall and Sports Authority cases.

Regardless, Vann says that these cases once again show that consignors need file the proper UCC documents and notify lenders of their interests.

“You need to follow the law, if you want the law to protect you in a situation like this,” he says.

Vann adds these issues could come up at a Sears bankruptcy hearing today.

In 2008, the Jewelers Board of Trade and Jewelers Vigilance Committee released The Essential Guide to “Memo” Transactions, which Vann contributed to. It is available here.