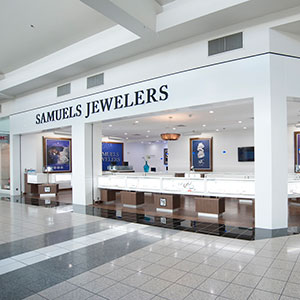 Samuels Jewelers, currently in Chapter 11, is holding store-closing sales at all 120 of its locations beginning today, though CEO Farhad Wadia says the 125-year-old chain still hopes for a buyer.

“We are talking to at least three enterprise buyers now,” he says. “My feeling is that at least one of them will take the brand and some of the stores. About 70–80 of them have great potential.”

Interested parties have until Jan. 21, 2019, to submit bids. The release from liquidator Gordon Brothers specifically notes that the company is looking for a going-concern purchaser and adds, “in the event a transaction is consummated, certain or all of the stores may remain open.”

But Wadia says the store needed to hang the going-out-of-business banners to expedite the sale of merchandise.

Earlier this month, the bankruptcy court appointed John J. Carney, a partner in law firm Baker & Hostetler, as an independent examiner. He has 120 days to determine if any executive at Samuels played a role in the alleged bank fraud perpetrated by Choksi.

Samuels Jewelers’ bankruptcy papers can be seen here. The retailer answers questions from consumers about the filing here.