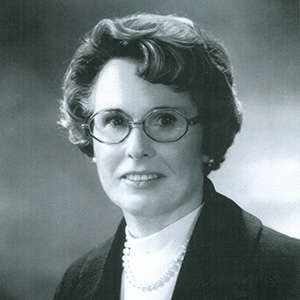 Sallie Morton, the first female president of the American Gem Society and a leading figure in establishing the group’s network of guilds, died Oct. 24 of mesothelioma, a form of cancer caused by asbestos. She was 91.

According to an online obituary, Morton was born Sallie Miller in 1925. At age 24, she married MacDonald G. Morton and the couple opened up a watch repair shop inside Bettencourt’s Market in San Jose, Calif. In 1955, they moved to Cambrian Park Plaza. By then, Sallie had become a gemologist. In 1964, she and her husband established Morton Jewelers in Town & Country Village in Palo Alto, Calif. (When that store was torn down, asbestos was found in its roof.)

In 1988, she moved the store to Los Gatos, Calif. She sold it six years later.

Last April, she told Asbsetos.com: ““Being in the jewelry business is one reason I’ve always had a positive outlook. I’ve always dealt with happy people. You don’t see sad people in a jewelry store. They are always happy.”

During her involvement with AGS, Morton was considered a tireless proponent of local guilds, crisscrossing the country speaking to and encouraging local chapters.

In 2014, the American Gem Society initiated the Sallie Morton Award, which recognizes individuals who have gone over and above in their service to the AGS guilds each year.