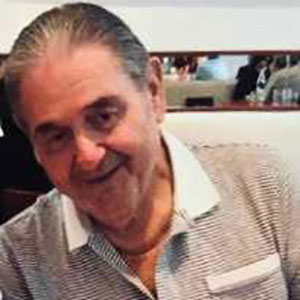 Carl Messler (pictured), a New York City jewelry sales rep for more than five decades, died on Feb. 20. He was 81.

Messler started his career as a salesperson at G.C. & G., his father-in-law’s decades-old jewelry company, traveling the East Coast and Midwest. After that, he started his own business, Carl Messler Ltd.

From 2017 on, he finished out his career working with his daughter and son-in-law at Izi Creations.

“He was the ultimate sales rep,” says daughter Andrea Kahmi. “He had a huge personality. He could talk to a tree and get them to talk back. He was just so personable, he could sell anything to anyone.”

Kahmi says that he so loved the jewelry industry, that, in his later years, he would “go around trade shows on scooters.”