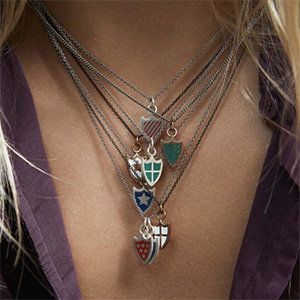 A new survey from the Silver Promotion Service—the promotional arm of the Silver Institute—shows that sales of silver jewelry grew in 2018.

The study was fielded in February by InStore, and it marked the 10th annual study that measures the sales performance of silver in jewelry.

++ The average store growth in 2018 for silver jewelry sales was 16 percent.

++ 84 percent of retailers say they are optimistic that silver jewelry sales will continue to grow.

“The Silver Promotion Service is obviously gratified by what the survey demonstrated,” said the organization’s director, Michael Barlerin, in a company statement. “We are also enthused that the optimism for silver’s ongoing performance remains so strong.”

The Silver Promotion Service was formed in 2008 by the Silver Institute, a nonprofit international industry association headquartered in Washington, D.C., and established in 1971 (its members include silver producers, silver refiners, manufacturers, and dealers).

Its mission is to develop and implement programs designed to “enhance the image of and stimulate demand for silver jewelry in major international markets,” according to its website.

We’ve written about the ascension of white metal jewelry as a trend. We’re curious: How is silver performing in your store? Let us know in the comments below!