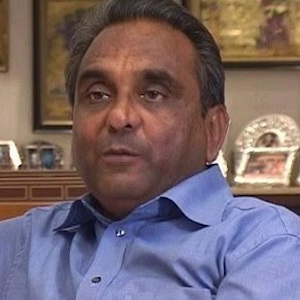 Prominent Indian diamantaire Arun Ramniklal Mehta, one of the founders of Rosy Blue, the Indian diamond colossus, died on June 14. He was 80.

In a measure of respect to Mehta’s stature in the industry, the Surat and Mumbai diamond industries will close on Tuesday to honor his memory.

Arun’s father. Ramniklalji, was in the diamond business, he told Indian Jeweler in 2007.

“His friends advised him to induct me into this business,” he said. “This changed the course of my life.… Even today I remember well that in 1958, I purchased one diamond for 25 rupees and sold it at 27 rupees This was my first brush with this business.”

Mehta founded B. Arunkumar & Co. in 1960 with his brother-in-law. Nine years later, it became a De Beers sightholder. In 2000, it changed its name to the Rosy Blue Group, paying homage to the two rarest diamond colors. Rosy Blue now has a global presence in more than 12 countries and recently took a position in Leo Schachter.

A GJEPC statement called Mehta one of the driving forces behind the “modernization and rapid growth” of the Indian industry.

“With his vision and business acumen, he was able to seize opportunities, but above all else, he always prioritized high integrity and business ethics,” the statement said. “Arunbhai will not be remembered only for his business prowess; over time, his experience, wisdom, honesty and most importantly willingness led to him becoming a mentor, contributing to the training and guidance of several of our country’s leading diamantaires.

“His approach was practical, simple and effective, leading him to be one of the most sought-after advisors and problem solvers, be it for personal or professional issues, and it is testament to his immense humility that he never declined to support someone who sought his counsel. For those who knew him, he was always a phone call away: no problem or discussion was ever delayed or avoided.”

He is survived by his wife, Rajnika; two brothers, Harshad and Dilip, who both played key roles in the business; son Russell, the current managing director of Rosy Blue India; daughters Amita Samir Mehta and Alpa Nishit Kothari; and an unspecified number of grandchildren and great-grandchildren.