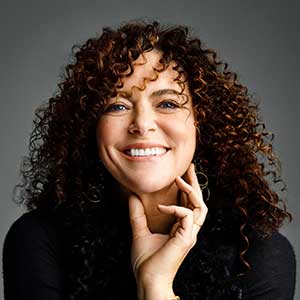 Ippolita Rostagno (pictured) has acquired a majority stake in Ippolita, the designer jewelry brand she founded nearly 20 years ago.

Rostagno will also become the brand’s CEO, and she will retain her current position as chief creative officer. She takes over as CEO from Jill Beraud, the former Tiffany retail vice president who has led the company for the last two years.

Since 2007, Ippolita has been majority owned by Boston-based private equity firm Castenea Partners. Following this new transaction, Castenea will not longer be involved in the business, a spokesperson says. The company’s new minority shareholders include Rostagno’s friends and family. Further details were not provided.

In conjunction with Rostagno’s reemergence, she has hired a new executive team, who have all joined the company recently. Diego McDonald, the current president of Ghurka, has been appointed chief financial officer. Beth Fazio, who has worked with brands such as Coach, Uniqlo, and American Eagle, is the new creative director.

In addition, Justin Sellman will now head digital marketing. He is another veteran of Ghurka, where he held a similar position. Ann Acierno has been appointed senior vice president, sales and merchandising. She was most recently executive vice president of merchandising, design and product development at David’s Bridal.

Italian-born Rostagno, a former sculptor and founder of an alternative dance company, launched her eponymous brand in 1999, along with former CEO Lauren Sharfman. Its goal was to produce “cool jewelry” at affordable price points. It has since become a department store staple.

While Rostagno always stayed involved with the brand, she also got involved with other ventures. In October 2015, she launched Artemest, a Milan-based e-tailer that sells homemade luxury products from Italy.

In 2012, the company opened a store on Madison Avenue in New York City, though its plan to open 12 retail stores in three years did not materialize.