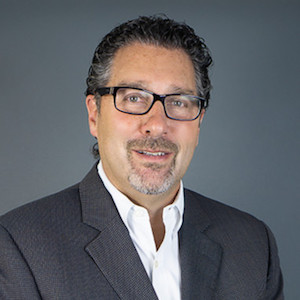 Friedant has been the 15-store chain’s chief financial officer since July 2018 and has served as its president and CFO since October 2019. At press time, the company had not named a replacement CFO.

Before coming to Robbins Brothers, Friedant worked at Qualawash Holdings, Vogue International, and Clement Pappas and Co. From 1997 to 2001, he was CFO and chief operating officer for jewelry company Lagos.

Friedant tells JCK via email that he has “no specific plans to share at the moment, but I look forward to further capitalizing on our strong brand positioning and unique footprint within the markets we serve.”

The “engagement ring store” currently has 15 locations: eight in California, four in Texas, two in Washington, and one in Arizona.

The release paid tribute to Heyneman, who it said “led the company through economic and market challenges while achieving years of business success.”

Founded in 1921, Robbins Brothers will celebrate its 100th birthday next year, though it has only been called Robbins Brothers since 1995. That year, Stephen and E.E. “Skip” Robbins, grandsons of company founder Ben Tipp, saw the need for a freestanding non-mall store that sold nothing but engagement rings. The format proved to be a hit and soon expanded to seven stores.

In 2004, Robbins Brothers was recapitalized, with equity firm Weston Presidio taking a 49% minority stake. It then embarked on an ambitious—but ultimately ill-fated—expansion plan, which swelled the chain to 16 stores. In 2009, Robbins Brothers filed for Chapter 11. The case ended when Weston Presidio and Dorset Capital bought out the Robbins family and became the company’s sole owners. In 2014, the retailer was sold to Comvest Investment Partners, which remains the owner of the company.