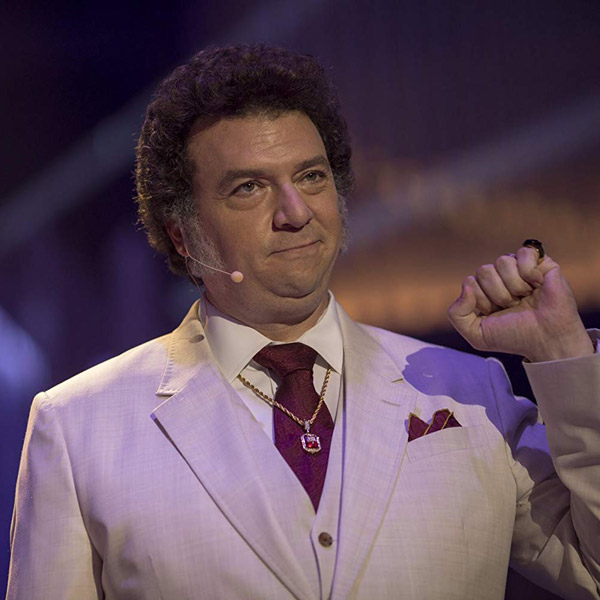 With one of the industry’s biggest categories right there in the name, it’s almost too bad that HBO’s The Righteous Gemstones isn’t actually about gemstones. But the show, which recently finished its first season, isn’t without its jewelry.

On the contrary, it’s packed with it. Named for the 12 gemstones on the breastplate of Moses’ brother Aaron in the Old Testament, the satirical show created by Danny McBride revolves around a televangelist family as each member navigates through an ever-impending scandal as well as their roles in their family’s megachurch empire. Although the series uses religion and evangelicals as its backbone, that really only sets the stage for what is largely a dramedy touching on all manner of family issues as well as greed and the faces people show to the world versus the ones only those closest to them can see. And since it’s McBride’s creation, it’s wonderfully ridiculous.

I’ll watch anything with Adam Devine or John Goodman, so I knew I’d be on board when I heard they’d both be members of the cast. But the show has kept my attention in many ways, not least of all with its costumes.

Costume designer and Project Runway alum Sarah Trost is at the helm of dressing the characters here, taking inspiration from sources ranging from vintage Southern style to Elvis Presley to, of course, decades of famous pastors.

In the last few episodes of the season (it was recently announced the show was picked up for a second season by HBO), Adam Devine’s character wears a series of layering necklaces, the tightest-fitting one a short chain dangling with diamond charms (you can see it in the video above). You know the style—they’re hugely popular now and often show up on Instagram, a frequent member of the #neckparty. This wasn’t the first moment that I took note of the jewelry worn in the show, but it spoke the loudest to me. The style of Devine’s character was inspired by Christian rock bands, according to an interview Trost did with GQ published in August. For wardrobe, that means acid-wash jeans, barely-on beanies, and low-cut white T-shirts. As for the jewelry, it’s always fun to see what the character is costumed in, from arms stacked with black bracelets to jewelry made from leather and beads.

Speaking of layering, there’s a lot of it: necklaces, rings, bracelets. Mostly on the men, actually, but the female characters aren’t without their accessories. You’ll see demure staples like a strand of pearls and a beautiful brooch—and some standout moments, too. In a flashback episode, Aimee-Leigh Gemstone, played by Jennifer Nettles, wears a couple of layered gold chains looks that are so ’80s (and so good).

My favorite necklace sighting on the show goes to actress Cassidy Freeman’s Amber Gemstone. The kept wife of McBride’s Jesse Gemstone (“She isn’t afraid to speak her mind, as long as Jesse gives her permission,” reads her character’s description on the show’s website), she probably wears the most spectacular jewelry, though most of it is still relatively subtle—the costumer really showed some restraint in these nuanced wardrobes, believe it or not. I can’t quite tell what the necklace is made of (are they pear-shape, fancy color diamonds?), but I would definitely love a closer look or more information—the best I could do was the screenshot above.

There is a true gemstone connection to the show, according to an interview Trost did with Variety. Because of the 12 stones associated with the series’ title, the designer assigned a gem per character—ruby for Jesse, sapphire for Judy, diamond for Amber, beryl for Eli, and jasper for Kelvin. “It’s not overt, but if you’re looking for it, you can see it,” Trost said in the article.

Guess I’ll have to go through and watch again—just to spot all of those gemstones.