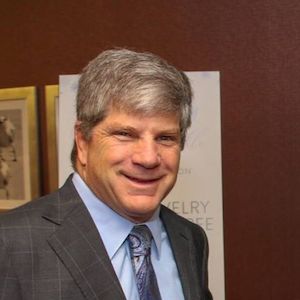 Andrew Meyer (pictured), a jewelry designer and owner of Continental Wholesale Diamonds in Tampa, Fla., died on Saturday in a plane crash, according to the Tampa Bay Business Journal and his store’s Facebook page. He was 64.

A South Carolina TV station reported that Meyer died from injuries sustained after the Cessna 310 aircraft he was piloting crashed near the Charleston Executive Airport on Johns Island, S.C. No one else was on the plane, the report said.

He had reportedly taken the plane to meet his newborn granddaughter. He was reluctant to fly a commercial airplane because of COVID-19.

According to an online bio, Meyer grew up in a jewelry family and founded Andrew Meyer Designs in 1984 in Philadelphia. Early on, he focused on colored stones but eventually branched out to diamonds, specializing in eternity bands and tennis bracelets. In the late 1990s, he had his pieces spotlighted by De Beers’ Diamond Promotion Service, which was then at the height of its prestige.

In 2014, he purchased Continental Jewelry, a local jeweler in Tampa, and changed its name to Continental Wholesale Diamonds.

He was also active in the industry, serving as vice president of the American Gem Society and as a member of the advisory boards for the JCK Las Vegas and Luxury shows. He was also one of the founders of Prestige Promenade.

He told JCK in 2000: “Every bit of work that I’ve done for [the American Gem Society] has come back to me in spades, but I don’t do this to get business. I do this because it’s a worthwhile organization.”

A note on Continental’s Facebook page said that Meyer “was much loved by the Tampa Bay community and will be missed by all of us. He loved his work, his customers, and the jewelry business. Most of all, he loved his children and was delighted when he became a grandfather last week.”

He is survived by his daughter, son, and granddaughter. The family plans a celebration of Meyer’s life when the COVID-19 pandemic ends.

UPDATE: This story has been updated based on information in the Tampa Bay Times.