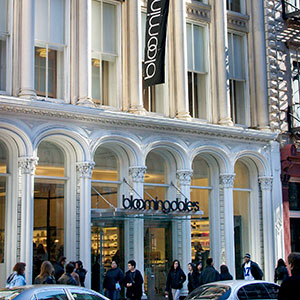 The COVID-19 pandemic has been challenging retailers in Manhattan, one of the world’s biggest and most famous shopping meccas, since New York State Governor Andrew Cuomo declared a state of emergency on March 7, 2020.

Less discussed and reported on is the pandemic’s impact on retail real estate holders, who’ve been forced, across the board, to lower rent prices to fill an unprecedented number of empty storefronts in New York City’s most famous borough.

In fall 2020, 8 of the 17 corridors experienced their lowest price-per-square-foot averages in at least a decade, the report details. And while asking rents dropped all over, taking rents “are reported to be much lower, with some brokers citing average differences between asking and taking rents around 20%.”

Manhattan is typically a landlord’s market, but the report’s findings would suggest the borough has tipped to a tenant’s market—retailers have the leverage. Eleven of the 17 corridors have seen an increase in available retail space, ranging from 6% to 67%, since fall 2019, “which reflects a substantial slowdown in Manhattan retail transaction volume.”

Stores have closed at a faster-than-normal clip across the U.S. during the pandemic, but the wipeout of retailers in New York City has been so devastating that New York magazine dedicated an entire recent print issue to saying goodbye to dozens of beloved establishments. As a result, some property owners have become more open to creative dealmaking, including forging shorter lease agreements and percent-of-sales rent offerings.

The vacancies in ground-floor spaces provide rare openings for retailers looking to nab stores at a discount. But the financial risks of opening a store during an ongoing pandemic may not be especially tempting for companies (aboveground office and showroom space is more enticing—read about jewelry brand Alison Lou’s new Manhattan showroom and headquarters here).

Retail rent has been falling all over Manhattan, but nowhere as precipitously as in SoHo, a district teeming with branded stores from global fashion, home, beauty, and lifestyle brands. Commercial rent prices on Broadway, from Houston Street to Broome Street, have dropped 25% year over year to $367 per square foot, while the median asking rent in the neighborhood has dipped to $358 per square foot, representing a 25% decline year over year.

And on Fifth Avenue between 49th Street and 59th Street—home to Tiffany & Co., Cartier, and other major fine jewelers—average asking rent dropped to $2,618 per square foot, an 8% decline year over year, while median asking rent remained flat year over year at $2,500.