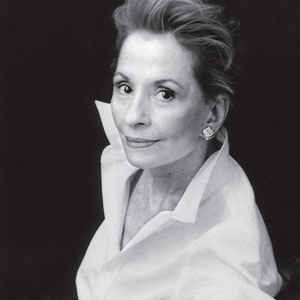 Dawn Mello, the retail pioneer who saved Bergdorf Goodman and Gucci from extinction and singlehandedly kick-started the careers of Tom Ford and Michael Kors, has died at the age of 88.

The New York Times reported on her passing Monday, calling Mello “a much revered figure whose keen eye, nurturing personality, and regally understated aesthetic helped shift the landscape of American fashion and retailing.”

Mello made her mark in the ’80s and ’90s, during which time she revived iconic Manhattan store Bergdorf Goodman as its vice president and fashion director and then as its president. There, she focused on nurturing and promoting designers who would go on to become legendary—Donna Karan, Giorgio Armani, Azzedine Alaïa, Kate Spade, and Tom Ford, among them.

She plucked designer Michael Kors, who was a salesman at a specialty store across the street from Bergdorf’s in the 1980s, out of complete obscurity: “He was wearing a great-looking outfit,” Mello told the New York Times, “so I said, ‘Gee, can you tell me who designed this?’ ” Kors had designed the ensemble himself, and Mello was so impressed she invited him to her office. He came days later with his mother and an “armful of clothes.” The rest was history.

She transformed Bergdorf into a luxury fashion mecca, “installing its first escalators, and adding sumptuous carpeting and an ambience that fused old-world touches with streamlined understatement. Hyper-attentive to image, she upgraded the store’s advertising campaigns, and worked to turn Bergdorf into an outpost for blue-chip designers,” reads the Times obituary.

She joined Gucci, then a fading upscale leather brand, in 1989, and as creative director refined the company’s Italian-made shoes and bags—rendering them stylish and covetable once again. In 1990 she hired Tom Ford to design the house’s faltering ready-to-wear collection. And we all know how that turned out.

Ford, who was unknown when Mello hired him, told the outlet, “Dawn changed lives, and she certainly changed mine.”