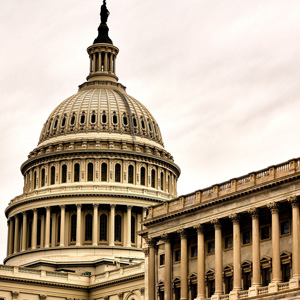 As the world watched a mob of Trump supporters invade the U.S. Capitol in Washington, D.C., yesterday, mowing down the building’s security to scale walls and occupy senatorial seats—a chaotic scene that resulted in four deaths—major retail, manufacturing, and technology corporations weighed in on the chaos by issuing official statements or by posting to social media.

Here’s how they responded:

The National Retail Federation, in a statement: “This is a sad and distressing day for our country. For more than two centuries we have prided ourselves as Americans on our democratic principles, our nation of laws, and the unique experience of peaceful transfers of power from one administration to the next, regardless of party affiliation. Our retailers, the millions of associates they employ, and the communities they serve across the country want and need our elected officials to focus on the priorities that ensure faith in our government through stability. Today’s riots are repugnant and fly in the face of the most basic tenets of our constitution, and the administration must move quickly to provide the leadership that will end this affront to our democracy.”

The National Association of Manufacturers, in a statement: “The outgoing president incited violence in an attempt to retain power, and any elected leader defending him is violating their oath to the Constitution and rejecting democracy in favor of anarchy. Anyone indulging conspiracy theories to raise campaign dollars is complicit. Vice President Pence, who was evacuated from the Capitol, should seriously consider working with the Cabinet to invoke the 25th Amendment to preserve democracy.”

Business Roundtable (a group of CEOs from 200 major companies including Walmart, Amazon, Delta Air Lines, Pfizer, and PepsiCo), in a tweeted statement: “Yesterday’s inexcusable violence and chaos at the Capitol makes clear that elected officials’ perpetuation of the fiction of a fraudulent 2020 presidential election is not only reprehensible, but also a danger to our democracy, our society, and our economy. As businesses who operate in and employ millions of people in all 50 states, we represent Americans of all political backgrounds who cast their votes on Election Day. While our ballots may have been divided, our support for the democratic process and the peaceful transition of power must be unequivocal. After the unconscionable and tragic events we witnessed, it could not be clearer that it is time for the nation and lawmakers to unite around President-elect Biden and Vice President–elect Harris. It is only together that we can move forward to successfully confront our nation’s many challenges, chief among them ending the pandemic and ensuring a safe and rapid economic recovery.”

Tim Cook, CEO of Apple (on Twitter): “Today marks a sad and shameful chapter in our nation’s history. Those responsible for this insurrection should be held to account, and we must complete the transition to President-elect Biden’s administration.”