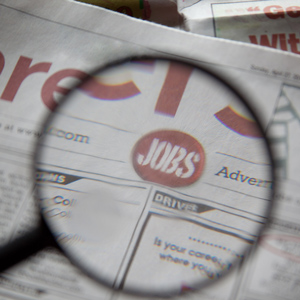 Good and bad news: The retail sector added 121,000 jobs in December—but total employment in the U.S. declined by 140,000 throughout the month.

Online-only retail gained 14,000 jobs last month, while clothing and accessories stores—a category that includes jewelry stores—added 7,700 jobs. Retail employment is still 411,000 lower than it was in February, a fact that “reflects the recent increase in coronavirus (COVID-19) cases and efforts to contain the pandemic,” the agency notes.

Unemployment, which was at 6.7% in December, was unchanged from November, as was the number of unemployed Americans (10.7 million). Although both measures “are much lower than their April highs, they are nearly twice their pre-pandemic levels in February,” which were 3.5% and 5.7 million, respectively, the statement reads.

The number of workers on temporary layoff increased by 277,000 in December to 3 million, which is a 2.3 million spike from February. The number of permanent job losses declined by 348,000 to 3.4 million in December, but is still up by 2.1 million since February.

The data also shows that a growing number of unemployed individuals are feeling hopeless about their job prospects: The number of discouraged workers, or people who have given up on finding work because they believe that no jobs are available for them, is up by 262,000 since February (but the total, 663,000, was essentially unchanged from November).

The COVID-19 pandemic and the social isolation that will be necessary to halt its spread in the cold winter months have long worried economists and public health officials. It perhaps goes without saying, but chronic feelings of hopelessness and loneliness are deeply detrimental, to both individuals and the economy.

But with several COVID-19 vaccines gaining approval in recent weeks, a slow and steady global recovery is possible, many economists say.

The International Monetary Fund predicts that the global economy could decrease by 4.4% this year, before growing 5.2% in 2021. The organization said in October that recovery has already begun in some parts of the world, but that the road to pre-pandemic levels globally will be “long, uneven, and uncertain.”