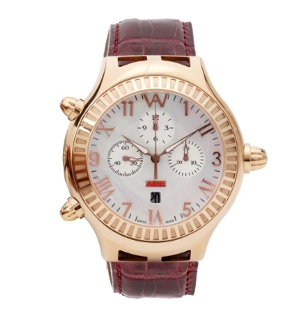 On March 24, designer Chris Aire’s long-running lawsuit targeting watchmakers’ use of red gold was given a new lease on life by the 9th U.S. Circuit Court of Appeals, which vacated a lower court ruling that canceled Aire’s trademark.

In 2002, Aire’s company Solid 21 registered the term red gold for use with jewelry and watches. Three years later, Hublot began using it for its watches. In 2011, Solid 21 sued Hublot and 16 other industry defendants over their use of the term.

The case hinged on the defendants’ contention that the term red gold is generic—a position supported by the Federation of the Swiss Watch Industry, which argued in an amicus brief that “Swiss watchmakers have been using the term red gold for their watches or casings for more than 70 years.”

In a unanimous decision, the appeals court found Gee improperly excluded the opinion of Solid 21’s expert linguist, Dr. Ronald Butters, as well as testimony from consumers who related the term to Aire’s products.

The ruling means the 6-year-old dispute—which has produced victories and losses for both sides—will likely continue.

Attorneys for the two sides could not be reached for comment.