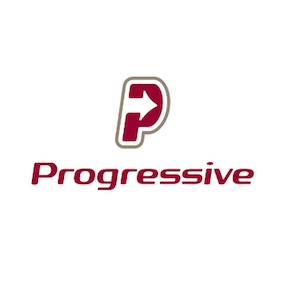 Progressive Leasing, the Salt Lake City–based company that offers rent-to-own payment options through thousands of retailers, including many jewelry sellers, will pay $175 million to the Federal Trade Commission (FTC) to settle charges that it misled consumers about the true price of items purchased through its plans.

Rent-to-own options are generally offered to customers who don’t qualify for credit cards or other forms of credit. According to the FTC’s complaint, some consumers who bought items with Progressive plans were told they would have to pay “no interest” or the price was the “same as cash,” leading them to believe they would be charged no more than the item’s sticker price.

In reality,  the consumers who signed up for the plans sometimes paid as much as twice the original sticker price, even when they made the scheduled payments on time, the complaint alleged.

It charged that consumers could see the full cost of Progressive’s plan only if they clicked on a dropdown tab marked “Additional Lease Details,” which the agency called “nondescript.”

The complaint provided two alleged examples of how Progressive’s policies may have misled jewelry purchasers:

– In one, a consumer purchased $2,000 in jewelry from a national retailer. The store associate told him that if he paid for the jewelry within 90 days, he would only pay the retail price. In reality, the 90-day option amount was $2,200, the FTC said.

– In another, a consumer purchased $295 in jewelry from a local retailer. The store associate told her that if she paid for the jewelry within 90 days, her initial $40 payment would be included in the total price. However, the consumer was charged $335—the $295 retail price plus the initial payment, the FTC says.

Progressive had to know that its terms were confusing, given the FTC received more than 15,000 complaints about it in a 15-month period, its filing said.

The terms of the proposed settlement, which still has to be approved by a Northern District of Georgia federal judge, stipulate the following:

– Progressive must pay $175 million to the FTC, which will be used for providing refunds to affected consumers.

– Progressive will be prohibited from misrepresenting the cost, terms, or nature of its plans.

– Progressive will be required to clearly and conspicuously disclose the total cost to own a product when marketing its plans and must get consumers’ express, informed consent before charging or billing them.

– It also will be required to monitor third parties, including retailers that offer its plans, to ensure their marketing complies with the settlement terms.

In a statement, Progressive noted the settlement included “no admission of wrongdoing.”

Ryan Woodley, Progressive Leasing chief executive officer, said in the statement: “Transparency has always been a cornerstone of our virtual lease-to-own model, and we remain confident in the integrity of Progressive’s business and compliance practices. Consistent with our culture of continuous improvement, we have further enhanced consumer disclosures, expanded field training and testing, and continue to invest in these areas on behalf of our customers and retailers.”

John Robinson, CEO of parent company Aaron Inc., said in the same statement, “This settlement allows Progressive to stay focused on continuing to offer competitive, flexible, and affordable purchase options to credit-challenged consumers while delivering an exceptional and fully transparent lease-to-own experience. Although we disagree with the FTC’s allegations, we have agreed to settle this matter to avoid the expense, management distraction, and uncertainty caused by protracted litigation.”

The statement said that Progressive has an overall customer complaint rate of less than 1%, and its Net Promoter Score, a measure of customer satisfaction, is significantly higher than the average score for other financial service firms.

The FTC vote approving the settlement was 3-2, with commissioners Rohit Chopra and Rebecca Kelly Slaughter dissenting.

In her dissenting statement, Slaughter argued the judgment didn’t go far enough, given the company’s revenues from 2016 to 2016 exceeded $4.5 billion, and what she termed Progressive’s “egregious” conduct.

“Progressive’s deceptive tactics, as well as its reliance on charging a significant subset of its customers two times the value of basic consumer goods, was not a small or hidden part of its business—it was the entire business model,” she said.

She urged lawmakers to impose more rules on the rent-to-own industry in general, noting that some lenders charge as much as 150% interest on basic items.

In a statement, fellow commissioner Christine S. Wilson defended the settlement, as well as the role rent-to-own companies play in today’s stratified economy.

“In 2017, approximately 8.4 million U.S. households were ‘unbanked’—no one in the home had a checking or savings account,” she wrote. “For the vast majority of these consumers, rent-to-own plans like those offered by Progressive Leasing make the difference in whether they can replace an appliance or bring home a tablet computer.”