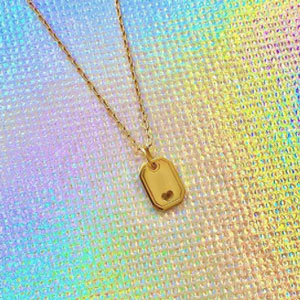 The initiative, #JewelersForChange, is benefiting nonprofits SNAP 4 Freedom and Black Lives Matter L.A. And so far, so spectacular—Wales raised $22,000 in 24 hours in a raffle of a one-of-a-kind Confetti ring, and total donations have exceeded $60,000.

Wales wrote on her website that she was inspired to do a raffle after seeing the success of the jewelry designer Maggi Simpkins’ raffle that raised over $76,000 in less than a week in early June. Simpkins’ hashtag in her blockbuster giveaway (see below) was #JewelryForChange.

TODAY IS THE DAY!!! I WILL BE GIVING AWAY THIS DIAMOND RING- TO RAISE FUNDS AND 100% OF THE PROCEEDS WILL BE DONATED TO BLACK LIVES MATTER. . In the midst of everything going on right now- I wanted to use my talents/gifts/resources/platform to help fight injustice, inspire others to do the same, and provide a lucky someone with a little beauty in their life– the best way I know how. I teamed up with @misfitdiamonds who generously donated the center stone – and together we're hoping to help inspire a little change. And I challenge other jewelers to do the same! #jewelryforchange . . This one of a kind ring features a rose cut salt and pepper diamond, flanked by white baguette side diamonds set in solid 14k yellow gold. She is quite elegant and sits super low profile on the finger ($6200 retail value). . Donation tickets are officially live, they're available on my site (link in bio), and they are only $25 donation per entry- there is no limit on the number of entries. I wanted to make this accessible for everyone to participate. Donations will close 6/16 at 6pm PST and the winner will be announced 6/19 at 12 noon PST. . Tag friends, share this post, join the fight! Love you guys.

Wales says she realized “the power that we have as designers with our jewelry to do something positive.” She adds, “Our industry is a luxury one, but we have the power to flip that upside down and funnel that resource into real social change.”

Wales was introduced to raffling as a fund-raising tool after taking part in an auction for Syrian refugees. “It was a light-bulb moment,” she recalls. “It made me realize that even though I was a young designer who couldn’t donate much myself, I could use my jewelry as a power for good. And I’ve been trying to do the same ever since.”

Amaya says she wanted to participate because, “I care deeply about the fight for justice and equality in America. As the owner of a sustainably driven small business, the most powerful thing I can donate to the cause is my craft. By holding this raffle, we can generate more than I am personally able to give.”

Jane Taylor and Cleo Zancope Gnatek wrote in a joint statement to JCK that they “particularly wanted to support an organization championing the needs of mothers—knowing that mothers are the bedrock of families, and BIPOC women and mothers bear unfathomable weights due to systemic racism.”

Wales hopes the raffle idea will spread to other jewelers and ultimately contribute to change. “I have loved seeing how this has reverberated through our industry,” she says. “And I’d love for more designers to do raffles of their own.”