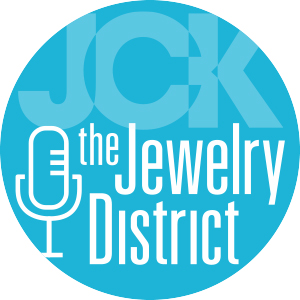 From the Archives
In honor of JCK magazine’s 150th anniversary, managing editor Melissa Bernardo offers up an article from the February 1878 issue of The Jewelers Circular and Horological Review, which is what JCK magazine was called at the time. The 141-year-old news item concerns something often discussed today among the latest in technical innovations: lab-grown gems.

This vintage article documents a “highly successful” attempt at producing artificial rubies and sapphires in France, speculating that it “might perhaps lead to the manufacture of diamonds.” That’s right—just over a century ago, JCK speculated that lab-grown diamonds could be on the horizon.

2018 Holiday Sales and Trends
Emili Vesilind reports that jewelry retailers had a solid season, with slightly lower traffic in stores but yet another year of increases in online traffic. Rob says that sales went up, but not as much as the year before. Rob and Emili also discuss lab-grown diamonds, including whether their attractive prices or their eco-friendly pitches mark a trend that has staying power.

Seen at the Golden Globes
Emili notes that a parade of glamor and maximalism emerged at the Golden Globes. This year’s awards mark a break from the recent past, in which simple, everyday pieces and understated trends like daily gold had dominated the scene.

This year chunky pieces are emerging as a go-to accessory. Emili also sees a return to ‘70s and ‘80s-style layering, as opposed to the single, statement pieces of the last several years.

Weird Story of the Week
Rob tells the story of a British Reddit user who gets swept up in the trend of New Year’s Eve proposals—and then consults Reddit hoping to un-pop the question. The confused fellow lives with a long-term girlfriend, but purchases an engagement ring with the intention of proposing to a love interest he’s started seeing at work.

On New Year’s Eve, he spontaneously proposes to his long-term girlfriend instead of his work crush and gives her the ring. When the magic moment passes, he turns to Reddit for legal advice: Is it possible to call the whole thing off and return the engagement ring? Tune in for the exciting conclusion!

Interview with Diamond Analyst Paul Zimnisky
Rob interviews Paul Zimnisky about how he got into the industry as a diamond analyst. The two delve into the supply and demand dynamics of the diamond business and their effect on prices.

Paul explains that he’s observed demand for diamonds grow for the last four to five years, despite talk of fewer millennials getting married. He sees the incremental increase in supply in 2017 as a contributing factor to the pressure on diamond pricing in the recent past.

Rob gets Paul’s take on how lab-grown diamonds fit into the supply-demand equation for the larger diamond market. Paul raises concerns about accurate sourcing of diamonds and small, lab-created diamonds making their way into the natural supply chain. They share opinions on the future of lab-grown diamond, and whether the consumer at the end of the chain will differentiate between lab-created and natural. Will consumers prefer one over the other and why?

Paul reminds listeners that while opinions may differ about how lab-grown will influence the future of the industry, diamonds are luxury items—ones that are often purchased for emotional reasons—and this makes their future harder to predict than items purchased for practical reasons.