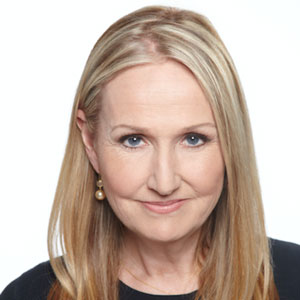 In This Episode
In this edition of “The Jewelry District,” you’ll hear JCK editor-in-chief Victoria Gomelsky and news director Rob Bates interview Sally Morrison, the chief marketing officer of Lightbox Jewelry. The three talk about how Morrison got into the industry and her own impressions of coming up in the diamond industry. You’ll also hear her discuss how society is changing, her partnerships with designers, and about the sustainability and ethics of diamonds.

Show Notes
01:45 Sally Morrison talks about how she got into the industry.
14:20 Rob questions Morrison on our changing society and ad campaigns that try to keep up.
18:45 Victoria asks Morrison how she teams up with designers; Rob asks her about social media.
24:00 Morrison tells us about Lightbox Jewelry.
34:39 Morrison talks sustainability and ethics in the diamond industry.
38:00 Some final thoughts from Morrison about Lightbox and what it’s like to be a woman in the jewelry industry.

How Sally Morrison Jumped Into the Jewelry Industry
Morrison had a long career in different industries in the United States before she got her start in jewelry. On getting her first job at Diamond Information Center, she relates what she learned and her first impressions of the industry. Women self-purchasing diamonds and people’s changing attitudes toward gold jewelry also pop up in the conversation. Morrison shares what ad campaigns she thinks should be emulated.

Changing Times Call for Changing Measures
Morrison realizes that there’s a need to keep up with cultural changes and trends. Rob and Morrison talk about early De Beers ad campaigns and their effect on the diamond industry, even years later. Morrison also enlightens us on the importance of partnering with designers. Of course, social media is always something to keep in mind in these changing times, and Morrison talks about the difficulties in navigating that terrain.