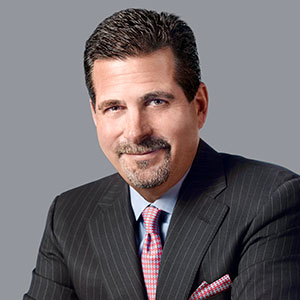 In This Episode
In this edition of The Jewelry District, you’ll hear JCK editor-in-chief Victoria Gomelsky and news director Rob Bates talk with Jeffrey Cohen, president of Citizen Watch America. He’ll tell us how he got into the watch industry; highlight the importance of innovation and a digital-first, data-driven movement; and give his thoughts on the watch industry going into 2021.

Show Notes
00:25 Victoria and Rob introduce their guest, Jeffrey Cohen, president of Citizen Watch America.
03:34 Jeffrey drives home the importance of the brand itself over country of origin.
05:50 2020 forced Jeffrey to become even more digital-first with his brands than ever before.
11:17 Disney, Marvel, Frank Sinatra, and the Grammy Awards: Jeffrey shares watch news on all.
14:53 Jeffrey reveals what Citizen Watch America’s data is saying about its watch brands.
19:16 Victoria wonders if trade shows will be returning in the future.

Introducing Jeffrey Cohen
Victoria and Rob introduce their guest, Jeffrey Cohen, president of Citizen Watch America. He’s been in that role for over a decade now, and he oversees not just Citizen Watch America but a total of five brands, including Bulova, Accutron, Alpina, and Frederique Constant. His father owned a high-end luxury retail store, which first got him interested in watches, and in 1982, he became a regional sales rep at Movado. In 2010, he joined Citizen.

What’s In A Name?
Rob asks about the name Citizen, and Jeffrey explains its importance: having a watch for all people to enjoy. Rob asks if working for a Japanese company is any different from working for an American one. Jeffery says no and emphasizes the importance of the brand over country of origin. He most greatly values innovation, and tells the JCK editors about a watch’s movement that was just 1 mm thick and the innovation that went into creating it.

Digital-First Operations
Jeffrey says that his consumers easily transitioned to online purchasing, but also explains what his company needed more of to make its website work. Victoria also asks about Jeffrey’s direct-to-consumer ambitions, and Jeffrey explains how Citizen has become a digital-first brand. The terminology it uses is “Citizen First,” where its consumers get the best experience possible. Jeffrey then explains how he keeps his brands separate.

Collaboration With Disney and Marvel
Victoria asked how the Swiss brands Alpina and Frederique Constant are doing, and Jeffery explains how those brands’ independent retailers did very well during the holiday season. Victoria also asks what we can expect to see from Citizen this year. Jeffrey talks about its collaborations with Disney and Marvel, as well as innovation coming out of the Bulova brand and its Frank Sinatra collection. He also discusses the upcoming 2021 Grammy Awards and Citizen’s involvement.

Data, Data, Data
Jeffrey says Citizen has been using data for years now, but that the pandemic really pushed it to become a digital-first company. CRM is what it primarily uses to create additional sales for the company. Jeffrey says the watch industry’s consumer is getting younger, and for Bulova, its Latino community of consumers is growing. Rob then asks about the gray market and how that affects the business.

Will Trade Shows Return?
Victoria asks about what used to be Baselworld and the show model that 2020 disrupted, and if Jeffrey thinks we’ll be returning to that model in the future. Jeffrey says it’s hard to predict when trade shows will be back up and running—but he thinks it’s a question of expense. Rob asks about smartwatches, and Jeffery says that his watches provide style, design, and quality that people are still looking for. They talk a tad about the appearance of a Bulova watch on the popular Netflix show The Queen’s Gambit. And Jeffrey tells us what sold-out watch he’s wearing right now.