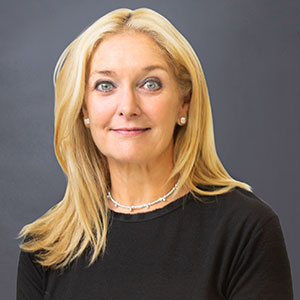 In This Episode
In this edition of The Jewelry District you’ll hear JCK editor-in-chief Victoria Gomelsky and news director Rob Bates interview Caryl Capeci, CEO of Chow Tai Fook North America. She’ll be discussing the company’s 2014 acquisition of Hearts On Fire, where she’d been on the executive team since 2007. You’ll also hear her talk about what jewelry categories are hot right now for independent retailers, and what she fears about the lab-grown diamond industry.

Show Notes
00:30 Rob and Victoria introduce their guest Caryl Capeci, CEO of Chow Tai Fook North America
06:22 Caryl tells us how she has worked to help the Hearts On Fire brand grow
11:35 Despite their differences, Chow Tai Fook and Hearts On Fire joined forces six years ago, and Caryl explains how their relationship works
16:33 Three categories are doing especially well at independent retailers, and Caryl tells all
19:47 Caryl expresses worry over the lab-grown diamond industry

Introducing Caryl Capeci
Victoria and Rob have Caryl Capeci on as their guest this episode. She’s the CEO of Chow Tai Fook North America, and also does work for Diamonds Do Good. She talks about how she fell into the jewelry industry, starting out at an advertising agency and landing herself on the De Beers account back when they were doing integrated marketing before anyone else. She also explains why De Beers’ campaigns were so successful.

Hearts On Fire Legacy
Caryl left the De Beers’ account in 1999, and left the industry altogether when she married her husband and they moved to Massachusetts. Hearts On Fire was created in 1996, but Caryl didn’t join the company until 2007. She describes how she helped to build brand loyalty as they grew Hearts On Fire through connections with sales associates and independent jewelers. Rob asks why Hearts On Fire had more staying power than other brands.

Marriage of Hearts On Fire and Chow Tai Fook
Chow Tai Fook acquired Hearts On Fire in 2014. Victoria asks what kinds of changes Hearts On Fire has implemented as a result of its relationship with its parent company. Caryl explains that while the two companies are very different, they had a perfect marriage right from the beginning. Hearts On Fire is also selling in China, in 250 stores in the Chow Tai Fook network. Caryl also talks about her stay in Hong Kong at the peak of the country’s first wave of the COVID-19 pandemic.

Categories That Work
Rob asks Caryl if she sees any difference in consumer buying habits since the start of the pandemic. She highlights the fact that people want to give gifts with meaning and of lasting value, as they’re especially appreciative of their loved ones and close friends that they haven’t been able to see. She says that watches, classic diamond jewelry, and bridal are three categories that are doing especially well at independent retailers.

What About Lab-Grown?
Victoria asks if the pandemic has reminded people of their community jeweler, and if the support of local retailers will carry through in future years. Caryl says yes. Consumers love the convenience of being able to purchase jewelry locally—if they are able to do research on the purchase beforehand. Victoria also asks about lab-grown diamonds and how she thinks they fit into this space, but Caryl expresses nervousness over the younger consumer target and the effect lab-grown diamonds will have on these purchasers 10 to 15 years from now.