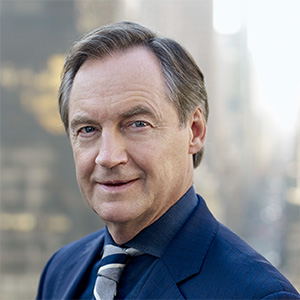 Note: This episode was taped on March 2, and does not reflect the latest news regarding the coronavirus (COVID-19).

In this Episode
In this edition of The Jewelry District you’ll hear JCK editor-in-chief Victoria Gomelsky and news director Rob Bates interview Ruediger Albers, watch expert and president of Wempe Jewelers. You’ll hear Victoria and Rob chat with Rudy about watches, retail, and what’s going on with the spring watch shows.

Show Notes
00:50 Introduction of Rudy Albers
05:59 Rob asks about the viability of multibrand stores. Victoria asks about trends
10:53 Rob asks what the fascination with watches is
16:24 Cancellation of spring watch shows, including Baselworld
19:32 Wempe’s jewelry and celebrity clientele

Are Multibrand Stores Viable?
Rob talks to Rudy about the viability of multibrand stores. Wempe Jewelers expanded their Fifth Aveune location in 2016, and they hold 20 of the finest brands. Rob wonders if watches appeal to millennial buyers, and, apparently, they’re an acquired taste. Many people have smartwatches now, which aren’t as big a seller at Wempe as some of its others, but Rudy believes both traditional and smartwatches can coexist peacefully in the same market.

Trendy Watches and High Demand
There are certain watch brands that are in incredibly high demand. Two of which are Rolex and Patek Philippe. Rudy jokes that a reason his hair is going gray is because people come in  and ask to purchase a watch and don’t realize there are incredibly long wait lists for some of the popular styles. The demand for watches is huge—but that also means some people are going to have competing prices, and others are going to attempt to create counterfeits.

Show Cancellations
Baselworld is one of the biggest shows to have been canceled this year. (It’s been rescheduled for January 2021.) Rudy has been going for 32 years, and this will be the first one he’s missed. Watches & Wonders Geneva has also been canceled for this year. For Rudy, there’s nothing quite like going to the shows in person and getting to see and feel watches up close—so these events will surely be missed.

Wempe Jewelers, Beyond the Watches
Wempe Jewelers is, of course, known for selling watches, but it’s more than just that. Wempe also sells jewelry. Recently, Mariah Carey performed“ All I Want For Christmas Is You” for her 25th-anniversary event and wore a $500,000 necklace from Wempe. You’ll also hear Rudy tell a few stories of other celebrity clientele, including Sylvester Stallone and Robert De Niro.