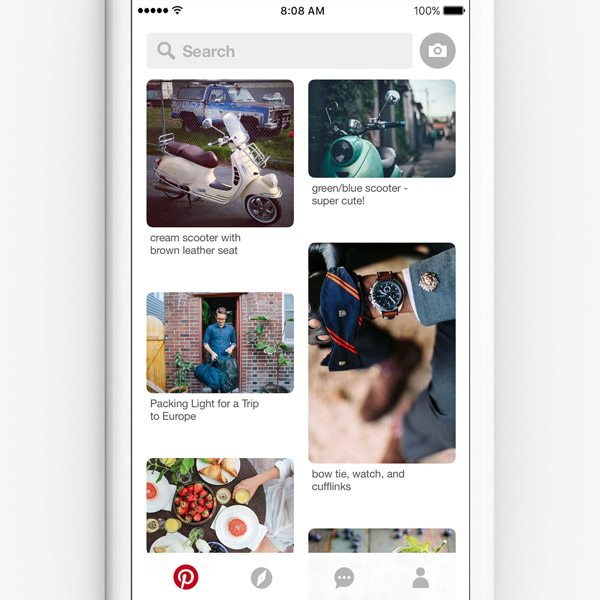 Despite the fact that I am nearly always using this space to write about something Instagram-related, I wanted to mention that Pinterest still has a horse in the race, too.

Earlier last month, the social media platform announced that it has reached more than 175 billion pins—a 75 percent increase over last year. On its business blog, the company announced that 250 million people now use Pinterest each month, and the company’s head of global sales, Jon Kaplan, wrote: “If Pinterest were a country, we’d be the fifth largest in the world!”

If you find yourself wondering where this new wave of users is coming from, having perhaps forgotten your page—or at least not using it quite as obsessively as you used to—you may be interested to know that the majority of new users are coming from outside the United States: 80 percent of them, in fact.

This growing audience, no matter where in the world it’s coming from, is only good news for businesses—and even more reason to revisit, strengthen, or sign up for a Pinterest account: Your potential customer pot just got a lot bigger.

As a business, simply having an account may not be enough to realize your sales potential (unless you were an early adopter of the platform, and/or have amassed an organic following that allows you to reach a wide range of users). But that’s okay, because like most social media platforms these days, you can pay to play.

According to Kaplan, on the very same blog, people on Pinterest rate its ads as 1.4 times more relevant and useful than those on other platforms. Unlike Instagram, Pinterest users tend to have a more active participation on the platform. Rather than listlessly scrolling through a feed (which is a totally fine thing to do, and most of us enjoy it), Pinterest users are often on the hunt for something. Maybe they’re redoing their kitchen or searching for the best chili recipe for their autumn weekend or planning the perfect holiday cocktail party. Whatever they’re there for, they’re engaged with Pinterest, utilizing it almost like a search engine, where you can easily bookmark, and beautifully display, your results.

So for a jewelry business, getting in front of users searching for the greatest holiday gift—or those searching for how to layer their necklaces, as an example—can potentially be achieved through promoted pins.

Promote a photo of one of your best-selling jewels or a marketing photo provided from one of the brands you sell. You can even upload your own pictures and share those, linking them to a specific page of your website.

Pinterest works in native advertising: A paid pin looks nearly the same as any other pin, but it’s funded to get in front of the eyes of more people (there is a line denoting that the pin has been promoted, for transparency). According to the social platform, 61 percent of pinners have made a purchase after seeing business content on the site.

Pinterest offers a number of different marketing packages depending on what you’re looking for, which you can find out more about here. While I still think it’s smart to make Instagram a priority in the new year, if you have the marketing budget, this may be one other place to consider spending some ad dollars in 2019.