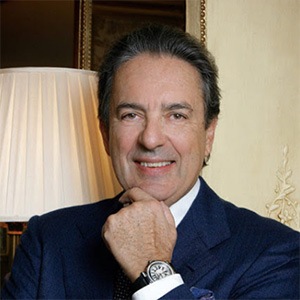 “During a car-racing session that was taking place on the Circuit Paul Ricard…French driver Philippe Charriol was the victim of an accident on the Mistral straight,” circuit director Stephane Clair told the South China Post Wednesday.

Charriol received emergency treatment at the track and was rushed to a hospital in Marseilles, but ultimately succumbed to his injuries. He was 77 years old.

The entrepreneur built his career early at Cartier, where he held various positions including general manager and brand president for the Asian market. In 1983 he founded Charriol as an umbrella lifestyle brand that made Swiss watches, jewelry, accessories, fragrance, optical, and eventually ready-to-wear and Bordeaux wine.

Charriol’s watchmaking manufacturer is based in Geneva, but the brand is equally based in Asia, where Philippe laid down roots for his company decades before a wave of European luxury brands, lured by the continent’s bulging economies, would follow.

“Philippe Charriol’s business and personal lives were intertwined, and he operated at full speed every day, even up to his final day, pursuing his entrepreneurial dreams as well as his personal passions such as motorsports, which he pursued at an almost professional level for the past 25 years,” reads a statement from the company. “He was a true epicurean, fascinated by more refined pursuits, including architecture, culture, and arts. His many accomplishments and the success of his brand are a testament to the destiny that can be achieved by following one’s heart.”

Philippe Charriol will be laid to rest next week in a family funeral service in Marseilles, and his life will be celebrated at a memorial service in Paris at the end of March.