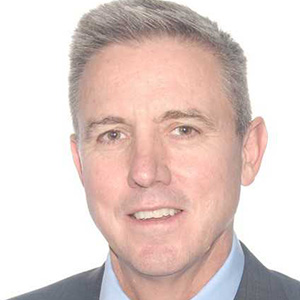 Since 2015, Duffy has been cofounder of the Africa Energy Management Platform, a company that develops, finances, builds, and operates renewable and hybrid energy projects in sub-Saharan Africa.

Prior to this, he worked for 27 years in a variety of operational and functional leadership roles at Anglo American and AngloGold Ashanti Limited, including serving as AngloGold’s chief financial officer and executive vice president of its Africa operations.

He replaces as Petra CEO Johan Dippenaar, who last year announced he was stepping down after 13 years with the company. Dippenaar plans to stay on to ensure a smooth transition.

Petra’s chairman Adonis Pouroulis said in a statement that Duffy “brings with him an impressive depth of global mining experience, which we believe will be critical to drive Petra’s transition from a phase of intensive capital expenditure and expansion to a focus on steady-state, cash-generative operations.”

The Petra statement noted that Duffy has extensive experience in both open-pit and underground mining, with a proven focus on safety, productivity, and community relations.

The news was announced on the same day that the company posted downbeat financial results for the first half of fiscal 2019 (ended Dec. 31). While revenue increased to $207 million, up from $107.1 the prior year, Petra posted a $59.4 million net loss after taxes.

In the financial statement, Dippenaar said that while the company “delivered solid production and continued to improve our safety performance in the first half, we recognize the impact the lower value of the product mix at Cullinan had on our financial results.… Our focus remains to continue to deliver operational and capex efficiencies at all of our operations, in order to generate positive free cashflow and subsequent debt reduction.”