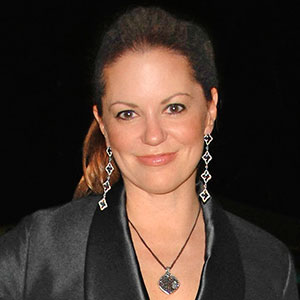 Carol Pennelli, Stellene Volandes, and Mark Hanna will be honored by the Women’s Jewelry Association (WJA) at its 2019 Awards for Excellence gala.

Pennelli (pictured) was appointed president of David Yurman last year. She oversees all the brand’s functions, outside of design and creative. She has been with the company for 16 years, starting in 2002 when she joined as chief commercial officer. Prior to that, she served as senior vice president of sales, education, and global special events at Bobbi Brown Cosmetics.

Stellene Volandes has been the editor-in-chief of Town & Country magazine since 2016. Prior to that, she served as the publication’s style director, as well as its jewelry and accessories director. She also served as style editor for Departures. Volandes is a graduate of Vassar College and holds a master’s degree in English and comparative literature from Columbia University. In 2016, Rizzoli published her book Jeweler: Masters, Mavericks, and Visionaries of Modern Design.

Mark Hanna, chief marketing officer of Richline Group, will receive the WJA’s Cindy Edelstein Mentorship Award. Hanna chairs Berkshire Hathaway’s Sustainability Leadership Committee and is a frequent speaker on responsible sourcing. He serves on the board of the Mercury Free Mining Challenge, the Responsible Jewellery Council, the Special Olympics, and the U.S. Wildlife Trafficking Alliance.

The WJA’s Award for Excellence gala will be held on Monday, July 29, at Pier 60 on the Chelsea Piers in New York City. The event will include a silent auction.